“The company’s growth in the smartphone market can easily be attributed to increased sales of its more expensive devices in key markets. That includes China and Europe, where the company saw 24% and 18% year-over-year growth respectively. Entering the US market with the Mate 9 also contributed to the growth.” Company is very much hopeful the Huawei Mate 10 will break all the pervios sale records. 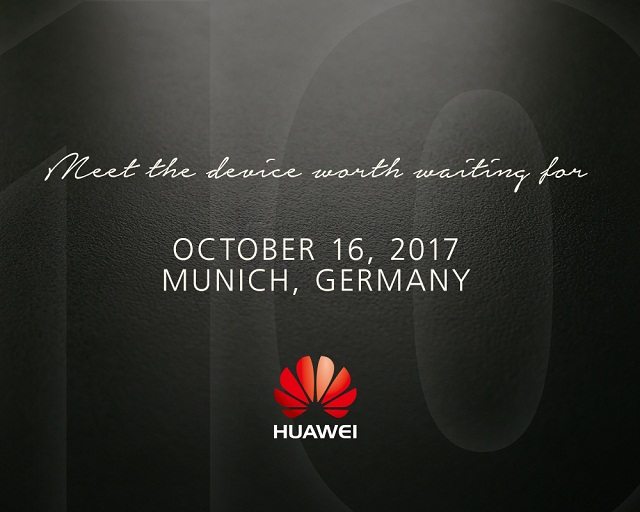 Having gained a massive market place in the Chinese and European markets, Huawei is going to introduce a massive display, super fast processor and AR features in “Huawei Mate 10”, on 16th of October 2017. The flagship is announced to be released in Munich Germany.

On Weibo, Android Crunch cited a Chinese tipster shared the leaks providing the specs details of the upcoming flagship. According to the leaks, Huawei is coming now with 970 SoC and a 6.1-inch QHD display along with a 6GB RAM and 64GB internal storage.

Not only its display is massive but also the battery will be doing the massive job in the users’ life with its 4000mAh capacity with fast charging support. The flagship has dual-sensor Leica camera according to the rumors.

The new version of Mate series is coming to succeed. Huawei Mate 9 according to the rumors. While Huawei’s Consumer Division Chief Richard Yu has confirmed in an interview that the Huawei Mate 10 is coming with “full-screen display”. He also confirms that the company will move away from the lower-end phone tier because this sector is experiencing low margins.

However the Munich launch for October 16 is confirmed now by an official Huawei teaser image featuring the slogan “meet the device worth waiting for,” and the release date along with location is mentioned as well.

According to Yesky, the Huawei Mate 10 will launch in October, as the Mate series launches in the Autumn period.

According to this tipster site, the entire front fascia of the flagship will be taken up by the display panel. However, the flagship will be featured with even thinner bezels.
The rumors also say that the phone will use a 6in JDI Full Active display with a 1080 x 2160 pixel resolution.
Kirin is the firm’s own processor design which is made on a 10nm semiconductor architecture. 3D sensor and iris scanner technology, a dual-camera sensor, a built-in Augmented Reality (AR) is also featured in the flagship.
Huawei’s Richard Yu confirms in an interview that the Mate 10 will be the company’s most powerful device ever, adding that, it will place the company in a much better position to encounter the Apple’s iPhone 8.

“The company’s sales revenue for the first six months of this year also grew by over 36% from the previous year to CNY 105.4 billion.”