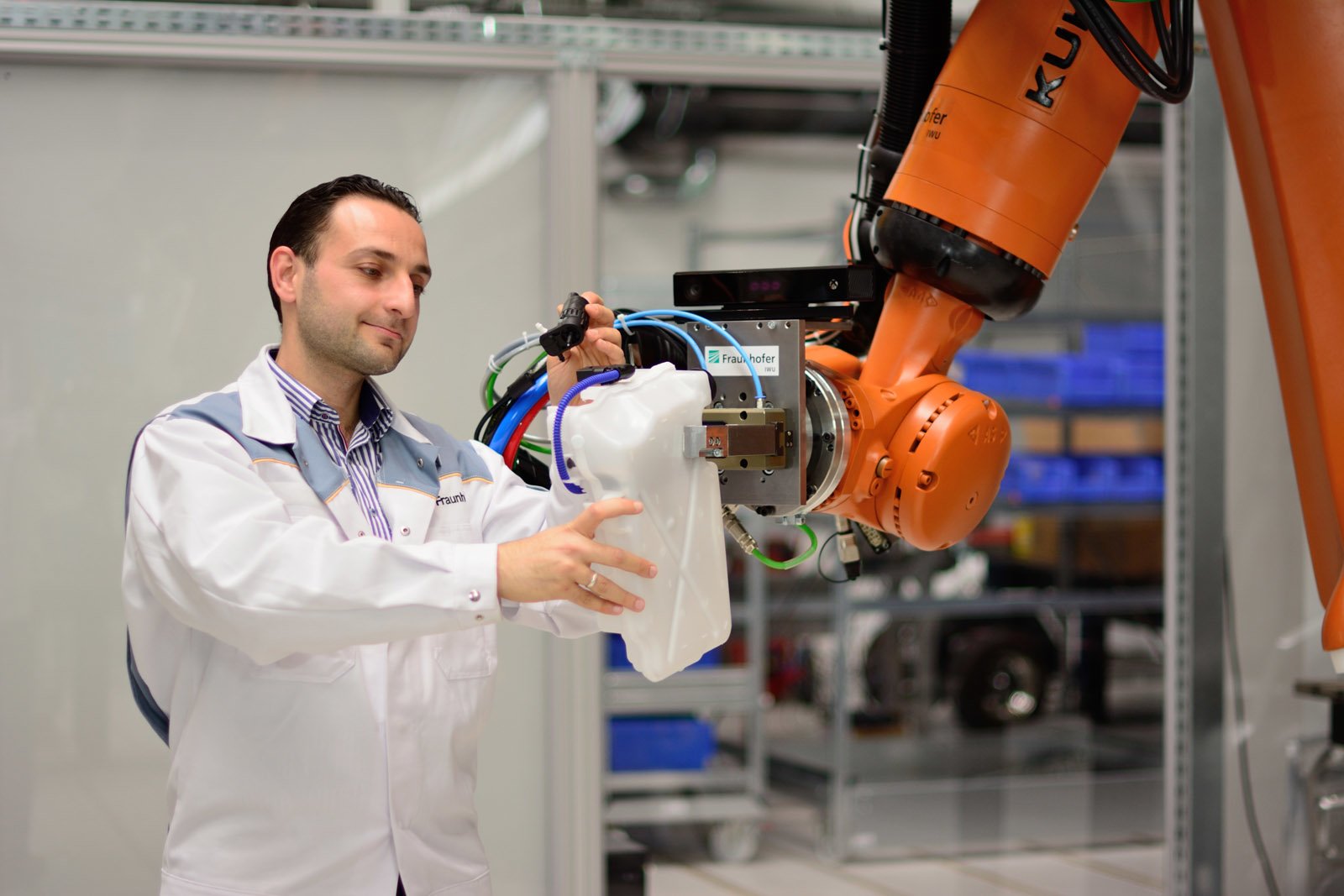 It goes without saying that working with robots and heavy machinery is more than a little dangerous. While still, robots are under construction and underdeveloped, usage of robots isn’t that common in the universe.  German research outfit Fraunhofer suggests an intuitive model for human-robot collaboration in industrial settings with a friendly zone.

In many places where there are robots operating, they are under two zones: a safe zone and an unsafe zone. Robots can move quickly and with great force, so places are designed accordingly keeping the fact in mind.  Many robots won’t operate if the place isn’t right or the safe mode isn’t there.

But when humans and robots need to interact frequently to inspect parts, to cooperate, or just to get by it makes sense for there to be a third zone, for friendship and jolly cooperation. The Kooperation Zonen, as the creators call it.

Fraunhofer’s model uses cameras to track the people in the robot’s general area. If people are in the green zone, the robot can go at full speed, doing what robots do best. But if someone comes closer, the robot doesn’t come to a stop, it just enters a new profile where its behavior changes. It can keep doing its work, but it will do so more slowly or could execute human-specific motions such as lowering its arm to the required position on the side where the person is. 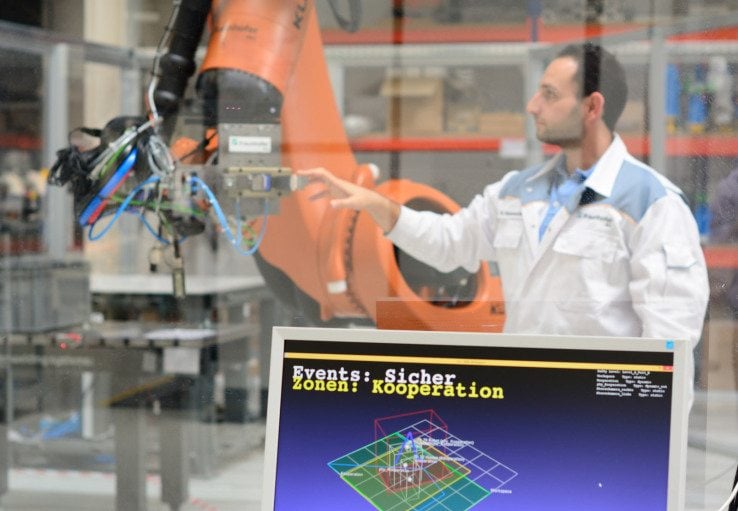 But if the person steps closer into the red zone, the robot will stop moving or working. That close it’s not safe for it to be moving at all and anyway, the human is probably getting close in order to shut it down or mess with it.

“Our system is already fully functional and has been tested in the lab,” says Mathias Putz, who is in the research division. “This year, the goal is to get the trade association to test an application and enable its implementation in the industry.”

Robots are definitely taking over in many parts of the industry, but operating and maintaining them is still a very human job. Everyone can’t just operate or handle it easily. Whereas healthy human-robot interactions are always appreciated.