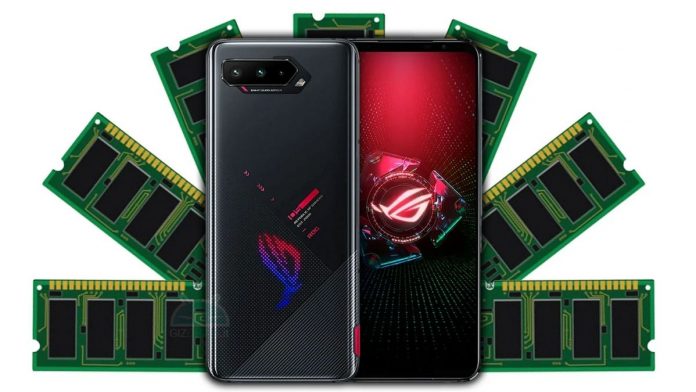 Asus has officially gone on to launch its fourth generation of gaming smartphone in the ROG Phone 5 series. This lineup goes on to include a total of three devices : the ROG phone 5, ROG phone 5 Pro and finally, the ROG phone 5 Ultimate.

The latest generation of ROG phone 5 series makes way with a better design when compared to its predecessor in the ROG phone 3 series. Last year’s phones seemingly looked a little too dull as far as the design on a gaming smartphone goes – especially when comparing with the competition. ASUS though has fixed this with respect to the new models. Also, as mentioned in the very beginning – there are present three devices within the series. Although all three make way with a rather similar design, there are differing aspects when taking into consideration the color as well as the secondary screen.

The vanilla ROG phone 5 makes way with dot-matrix RGB LED for the sake of the ROG logo – much similar to the ROG Zephyrus G14 AniMe Matrix. On the other hand, the ROG phone 5 pro features with a color POMLED display called ROG vision. The ROG phone 5 ultimate also flaunts the same ROG vision screen however, this happens to be monochrome. In any case though, users can indeed customize lightning on all the three implementations.

The entire lineup happens to be powered by the Snapdragon 888 SoC. Both the standard as well as the pro variants make way with the aid of 16 gigs of RAM and 512 gigs of internal storage, while the ultimate version features with a rather massive amount of RAM in 18GB – of course just like the RedMagic 6 special edition. Of course 18 gigs of RAM is a rather massive amount – as one would have to imagine that Asus has indeed made sure that users never run out of juice when gaming.

Top Picks in Mid-level Smartphones of 2020

Nokia 3.1 gets the Android Pie Update