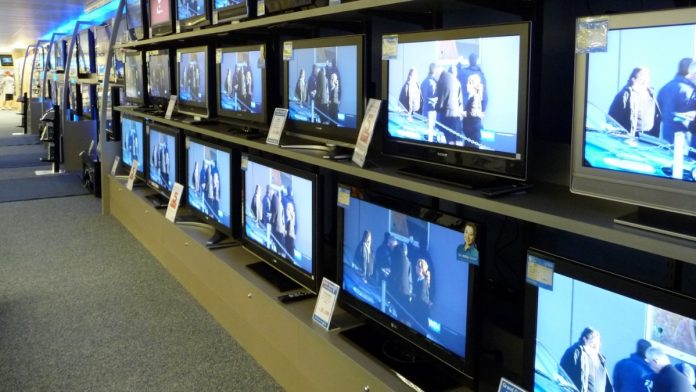 A latest report has gone on to indicate that 223 million televisions are expected to make their way and are to be shipped this year. This refers to a slight increase from the total TV shipments over the course of the previous year, which faced a deadline courtesy of the coronavirus pandemic.

In accordance with a TrendForce report, this year will see a 2.8 percent hike in TV shipments in comparison to last year. The major reasons given out behind this growth are actually being attributed to the continuation of the coronavirus pandemic as well as major sporting events such as the Tokyo Olympics. For those of you who are unaware : TV shipments actually faced a rather notable decline early on in the previous year as a result of the initial outbreak. Although in the latter half of the very same year in 2020, a slight recovery was also seen.

Must Read: Sony announces new Bravia 2021 series which has support for next generation gaming consoles

Last year, about 217 million TVs were subject to being shipped all across the globe – marking a 0.3 percent decline from 2019. Moreover, a few TV makers also had to push back the shipments of their offerings due to the fact that there was actually shortages of chip supply in both the fourth as well as the final quarter of last year. Nonetheless though, TV shipments are indeed expected to grow this year, with large sized televisions expected to grow even higher this year.

Due to the fact that panel prices are on the rise and hence profitability per TV declining, TV manufacturers would invariably have to turn towards large sized TVs which would not only offer higher margins, but would also offer better profits too. The decrease seen in profitability levels affects televisions between that of 32 and 55 inches. And so the focus shall be there – as of course reports suggest that the overall shipments will increase.