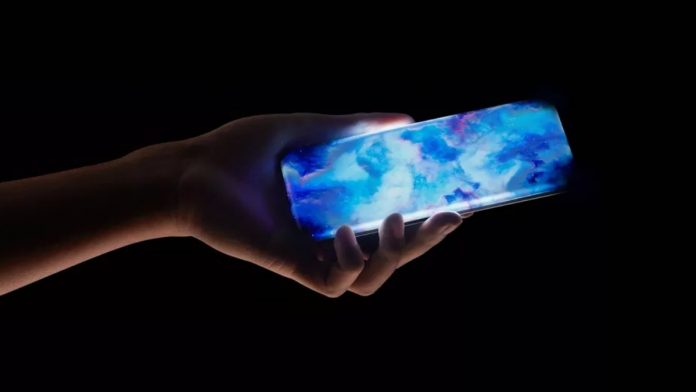 In the most recent turn of events, Xiaomi teased that the company will actually unveil something new as well as innovative that would be “mind blowing.” And it seems as if the company kept its word as it has gone on to reveal the world’s first waterfall display concept smartphone, which goes on to feature with a curved display on all of the four edges of the device.

Via the company’s official Twitter handle, it shared an image of a poster which revealed this particular concept phone. Taking a glance at the device, it can actually be observed that all of the four edges of the device curve around the side at an angle of 88 degrees. While curved edges aren’t exactly new within the smartphone world, we have never seen all four edges being curved before. In other words – the Chinese manufacturer’s first Quad Curved waterfall display concept phone truly happens to be a rather unique handset which also goes on to signify the emphasis that the company has placed on ‘innovation.’ From the front, the device would indeed mostly be seemed to be curved by the display, except for the corners.

Moreover, the company further actually stated that it achieved the quad curve 88 degree surface via the aid of “countless breakthroughs in glass being and laminating technology to extend the limits of the display to infinity.” It also further added that the device makes way with a port free unibody design and has also been built using a total of 46 different “groundbreaking” patents. Most notably, the 88 degree curved edges have in fact been prior to this in devices such as the Mate 30 Pro.

In a similar vein, other OEMs have also in fact showcased their curved edge smartphones in the past as well. However, these device generally make way with just two curved edges that were on either side of the device and didn’t include the top notch and the bottom chin.