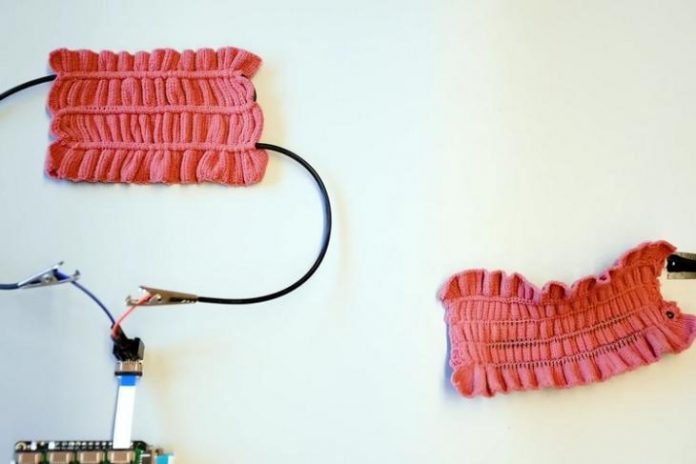 Textile production may indeed be one of the most oldest technologies that has been known to the human race, however, unfortunately enough, it hasn’t exactly proven too easy as far as adaptability is concerned – when we take into account the advances that have of course been apparent with respect to the information age to our garments. While we have in fact seen effort like Google’s project Jacquard to try to bring clothes with a modern touch, these efforts haven’t exactly been too successful.

However, these not so successful efforts don’t seem to be stopping a group of researchers belonging to MIT and Sweden though. Indeed these researchers have actually managed to create a smart fiber which can both sense as well as respond to the movement of its wearer. Dubbed as OmniFiber, the soft robotic fabric makes way with a rather hollow center channel which then allows for a rather fluidic medium to travel through it. With the aid of compressed materials making way, the fibers have the capabilities to stretch, bend, curl as well as pulse – all of course on demand. This would then of course refer to the fact that tactile feedback would be provided in real-time, hence making them akin to an artificial muscle.

Artificial muscle fiber aren’t a new idea either of course. Indeed either research teams based at MIT have approached the technology in their own way. However, what makes this particular piece of fiber stand out revolves around the fact that it doesn’t need to change its shape. Immediately then, the whole proposition is made much more practical since overheating of the skin is not an issue. There are of course other advantages as well. It’s indeed possible to make the fiber with cheaper materials as well and the fibers don’t require a delicate weaving process either.

Easypaisa partners with Seed Out to Digitize Payment Collection