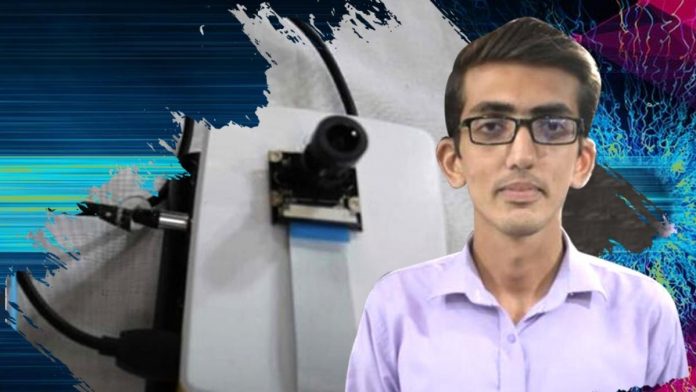 A Pakistani student, Muhammad Hamza Khan who is a Bahria University alumnus has developed an eye-wearing device for blind people who are blind that helps them to see the world. We , as a nation, are extremely satisfied with Hamza as well as his contributions to advancement of Envision eye.

We are all aware the fact that AI technology is rapidly growing because of the exponential growth in computational power of computers in early in the century. One thing to note is that Artificial Intelligence scope in Pakistan isn’t as extensive as other nations. But, it does have plenty of potential to help the economy of Pakistan grow thanks to the growing industry of AI. It is no doubt that the contribution of Hamza in the AI sector in Pakistan is substantial because he has developed an artificial intelligence-based instrument which can identify obstructions the way and transmits the data to blind people.

Hamza stated that blind people can wear this device around his neck. After that wherever he goes the device will inform the person about what is surrounding him. For instance, if one is sitting on an armchair and it is a sofa, it will inform him that he has a couch right in front of him. If there’s chairs and he is in it, the device will inform the user about the chair to ensure that if something, the device will be able to detect it and notify that information in the form of sounds. Mohammad Hamza Khan said that he believed it was essential to have an assistant for blind people. But, thanks to these vision equipments, visually impaired individuals are no longer required to have an assistant. They are able to travel wherever they want by themselves.

The greatest thing is that it’s extremely light. It’s not heavy which means that anyone with a blindness is able to wear it wherever. Additionally, it has an outstanding backup, which provides between 8 and 10 hour battery power. Hamza added that it took him 6 to 7 months Hamza to create it. The cost of making this gadget is about Rs.55,000.

It’s an amazing accomplishment indeed. We are extremely satisfied with all the Pakistanis who are hardworking and think of the rest of the people of Pakistan. 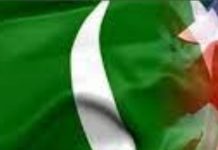 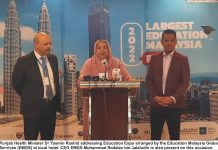 Education sector neglected once again in budget for FY 2018-19