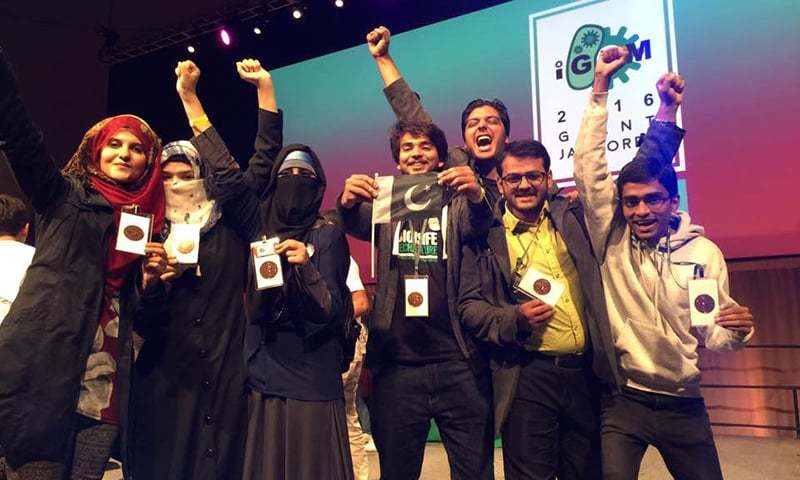 Peshawar has never been prevailed than any other region in Pakistan when we talk about proffesional work in innovation. A team from KPK, iGEM Peshawar, has proudly made it to the iGEM International Genetically Engineered Competition, which will be held from 9th to 13th November 2017 at Boston, USA.

iGEM event hosts 337 teams from 48 countries and only the best to bag the coveted prizes at the annual iGEM event.

Last year, a team from iGEM Peshawar participated in the event for the first time and won the Bronze Medal at the 15th annual event. They earned accolades for their efforts to engineer a bacteria that can detect air pollutants such as carbon dioxide and nitrogen oxide. Their work will go a long way in combating the menace of pollution in many cities.

The most remarkable thing was that the team from Pakistan managed the achievement despite competing against over 300 teams which participated in the event.

We’re all set to promote #Synbio throughout the province. We’ll be starting off with the local schools! #igempesawar #synbiokp #igem2017.

Students from prestigious universities like MIT, Harvard, Yale, Oxford, Cambridge, etc. also took part in the event in a bid to produce genetically engineered solutions to counter the most pressing challenges faced by the world.

The team from Pakistan will be presenting their latest project – bio-reporter fish and a bacteria for heavy metal detection in water and the outreach work for Public Awareness and Education – at this year’s event in Boston.

In addition to being selected for the flagship competition, the team from iGEM Peshawar is also visiting different schools to spread awareness of Science and Technology.

Synthetic Biology for solving the issues faced by the world today is the way forward and iGEM Peshawar along with Institute of Integrative Biosciences at CECOS University and Directorate of Science and Technology (DoST), KP are trying their best to put it to good use. 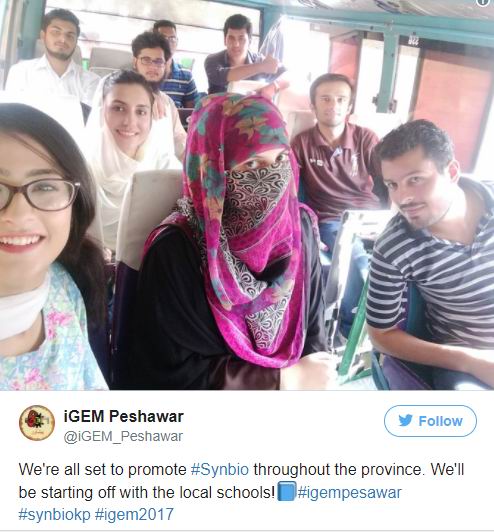 The International Genetically Engineered Machine (iGEM) Foundation is an independent, non-profit organization dedicated to education and competition, the advancement of synthetic biology, and the development of an open community and collaboration.

iGEM runs three main programs: the iGEM Competition – an international team competition made up of predominantly undergraduate students interested in the field of synthetic biology; the Labs Program – a program for academic labs to use the same resources as the competition teams; and the Registry of Standard Biological Parts – a growing collection of genetic parts use for building biological devices and systems.

We wish the Pakistani team best of luck for the endeavor and we hope that more and more students turn to Synthetic Biology to help Pakistan tackle the issues it is facing.

Facebook have taken down thousands of accounts spreading Coronavirus misinformation