The new GSX125 was unveiled by Pakistan Suzuki Motor Company (PSMC) at the 2022 Pakistan Auto Show (PAS). GSX125 was speculated to replace GS150SE after it was discontinued.

PSMC’s social media teasers suggest the launch is on the way. In the video teaser, the company shows a silhouette of a modern-looking bike and captions, “It’s time to defy the ordinary and be miles ahead.” Coming soon!”

It looks like PSMC is launching soon. With the video teaser, the company shows a silhouette of a modern-looking bike and captions, “Defy the ordinary and stay ahead.” ”

The GSX 125 will compete against the Yamaha YBR125 and the Honda CB125F. The GSX 125, unlike other Suzuki motorcycles, has a sleek and modern design with sharp-looking alloy wheels, a sporty stance, and bold street-bike stylish

It has a 125cc air-cooled single-cylinder petrol engine that produces 10.45 horsepower (hp) and 9.2 Newton-meters (Nm) of torque. According to various international bike reviewers, it has a curb weight of 126 kilograms and a fuel economy of 42 kilometers per liter. It has a return shift pattern and a 5-speed constant-mesh transmission.

The bike has a front disc brake with dual-piston calipers and a rear drum brake. It has dual inverted fork tubes up front and spring-loaded shock absorbers in the back for suspension.

Because the display bike was a CBU, it is expected that the company will either launch it as a locally assembled bike in the distant future or as a CBU in the near future. We believe the GSX 125 will cost between Rs. 350,000 and Rs. 380,000 after import duties and taxes in the latter case. 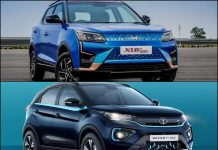