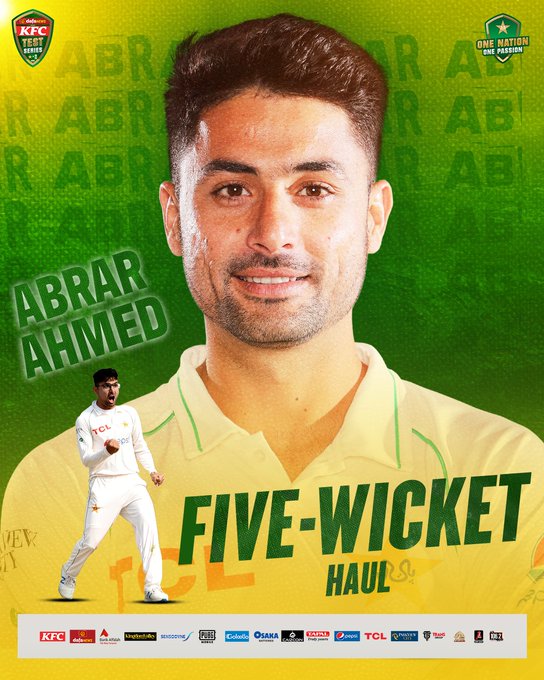 Abrar Ahmed Earlier on the opening day, Pakistan restricted England to 281 in their first innings at Multan Cricket Stadium in the second Test of the series.

There were some changes made to the home team’s playing eleven, with debutant spinner Abrar Ahmed and all-rounder Faheem Ashraf being added to the team, while Azhar Ali was rested, as the team made some changes.

On the other hand, the mystery spinner made a huge impression on cricketers and fans on his red-ball debut, taking seven wickets and conceding 114 runs in 22 overs, including a maiden in his debut.

The right-arm spinner took five wickets during the first session of the opening day, becoming the first Pakistani bowler to achieve that feat.

It was the second time a spinner has taken five wickets on Test debut before lunch in history and the 24-year-old spinner equaled the record for most wickets taken by a Pakistani bowler on a Test debut.

Here are the cricketers’ reactions: