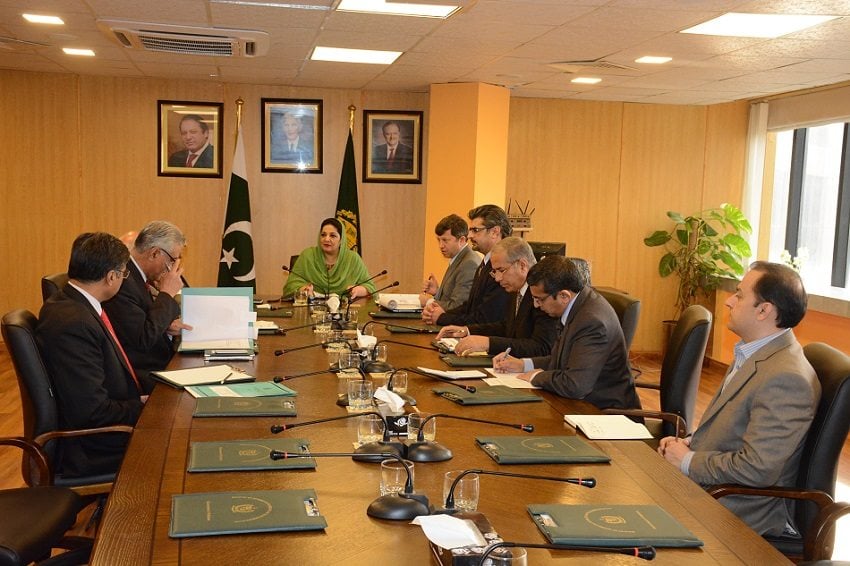 During last three years, the government has successfully done two rounds of next generation spectrum (3G/4G) auction. The Industry and sector have witnessed an exponential growth in the result of these auctions. There was a phenomenal increase in the number of subscribers of a broadband user in telecom sector where the broadband density today is surpassing 27%. As a result of the ongoing market expansion, Government has decided to consider auctioning the last available spectrum of 10MHz in 1800MHz. For this purpose, Prime Minister of Pakistan has constituted an Advisory Committee for auction of this spectrum which is headed by MoS IT & Telecom Mrs. Anusha Rahman while Special Assistants to PM for Law, Secretary IT, Secretary Finance, Secretary Law, Chairman PTA, ED FAB and Member telecom are the members of this committee. Member Telecom has also been appointed as “Committee Secretary”.

The inaugural meeting of this Auction Advisory Committee was held at MOIT today. MoS IT& Telecom Mrs. Anusha Rahman while chairing the meeting stated that we are committed to conducting the third round of Spectrum auction in most transparent and professional manner as were done earlier in 2014 & 2016 respectively.

Chairman PTA, Syed Ismail Shah apprised the committee of the consultant’s report on Market Assessment for the auction of spectrum.

This advisory committee is mandated to determine the base price of spectrum and propose a policy directive for the purpose.

Mrs. Anusha Rehman said that this is the last available spectrum block from the initially allocated spectrum in 2014 and is an opportunity for the telecom companies to enhance their spectrum capacity and provide high-quality broadband services as per the demand of the growing consumer’s base in the country.