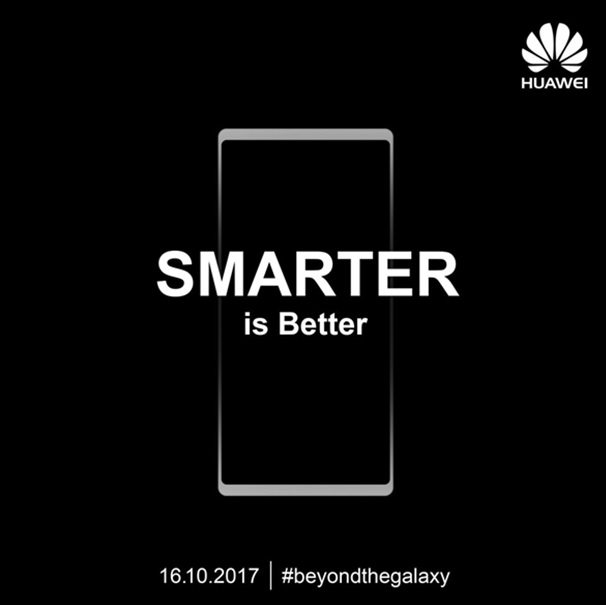 The second half of 2017 has seen considerable excitement and speculation around flagship devices from Samsung, Huawei, and Apple. With Samsung’s Galaxy Note 8 now launched, attention has shifted to the Huawei Mate 10, which is currently generating the most interest.

Based on official information released by Huawei, the Mate 10 Series is set to launch in Munich on October 16th. Teaser images have hinted at desirable features such as a bezel-less screen and Leica dual-lens camera but it’s what’s under the surface that is generating the most excitement: the introduction of AI.

At a point in time where smartphone innovation has begun to stagnate, consumers are clamoring to see a revolution not only in design but user experience.

Huawei Malaysia recently unveiled two teaser graphics, the first of which declared ‘Smarter is Better,’ echoing remarks made at a recent press conference by Richard Yu, CEO of Huawei Consumer Business Group. Mr. Yu stated that Huawei will launch products equipped with AI chipsets when the time is ripe.

The sharing of this image would suggest that the time is now here with the launch of the HUAWEI Mate 10.

This second image, when considered alongside the first graphic and Mr. Yu’s recent remarks, suggestsHuawei’s new generation of Kirin chipset, which will be embedded in the Mate 10, will deliver a deeper level of AI integration than what we have seen in the past.

Bruce Li, VP of Huawei’s Handset Product Line and father of the HUAWEI Mate Series, told global press in a recent interview that the“Mate 10 will come with AI systems to make it faster and smarter.”All of the signs indicate Huawei is sure to integrate AI into the new device to provide an intelligent feature that will go beyond voice assistance

Thanks to its AI chipset, the HUAWEI Mate 10 is expected to bring revolutionary user experience that meets the needs of consumers. In the era of intelligent devices, the Mate 10 will act as a centralized smart hub for interfacing with other connected devices, making life and work more efficient and enjoyable.

Using AI to make smartphones smarter and deliver more customized experiences requires advances in many different device capabilities. With this in mind, Huawei has made a significant investment in AI and data mining technology for over five-years tits prestigious Noah’s Ark Lab, as well as strategically collaborating with academic institutions such as UC Berkley on AI research. The fruits of these labors were first seen when Huawei introduced the Honor Magic smartphone which, through its Magic Live system, brought users an AI-powered user experience that leveraged intelligent machine learning algorithms and perceptive responses to user needs. This was just the beginning.

We can expect that a HUAWEI Mate 10, which makes strides in both performance and configuration, will be a standout contender in the smartphone market this autumn.

Huawei Live finale – The future of Pakistani music is crowned

Get virtual clothing on your reflection with Amazon’s blended reality...