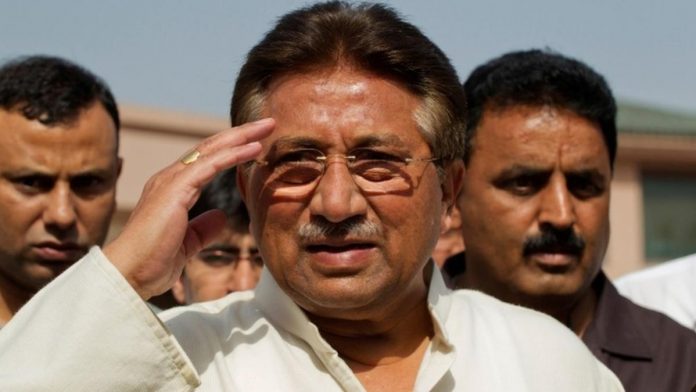 Pervez Musharraf (retd), a former military ruler, has lived in Dubai since 2016. He has told his closest associates that he would like to spend the rest his life in Pakistan.

Sources claimed that the former president, who is now in his final days, wants to be back home as soon as possible. To remove any obstacles to his return, his close associates approached the ‘powerful quarters and government officials.

This development follows reports that Musharraf died last Friday. His family denied that he was ill, and said that he was not on a ventilator. However, they also stated that he was still in good health.

“He was hospitalized for 3 weeks because of a complication to his condition (Amyloidosis). He is in a difficult phase where it is impossible to recover and his organs are failing. “Pray for his ease in daily life,” Musharraf’s family said in a tweet.

Dr Muhammad Amjad, Musharraf’s closest aide, told The Express Tribune that Musharraf had a serious illness. He described his condition as critical.

Musharraf played an important role in Pakistan’s development and it is right that he lives in Pakistan for the rest of his adult life, he said.

Dr Amjad confirmed Pervez Musharraf’s desire to return to Pakistan as soon as possible. His close friends are currently in contact with the authorities to ensure his return.

He also asked the federal government as well as the army chief General Qamar Javed Bjwa to make efforts to return Musharraf home so that he could live the rest of his lives here.

Last week, Khawaja Asif, Defence Minister, stated that Pervez Musharraf should not be stopped from returning to Pakistan due to his illness.

He also prayed that the former military ruler would be well so that he could live a dignified life.

According to his family, the 79-year old former military ruler is suffering amyloidosis. This rare disease results from the buildup of abnormal proteins called amyloid in tissues and organs throughout the body. It can cause organs and tissues to stop functioning properly due to the buildup of amyloid proteins (deposits).

LG V30 to feature with not only 6-inch OLED display

CHINA RELEASES 5G: EARLY AND CHEAP, JUST THE WAY WE LIKE...

WhatsApp to say bye to some mobiles in the start of...