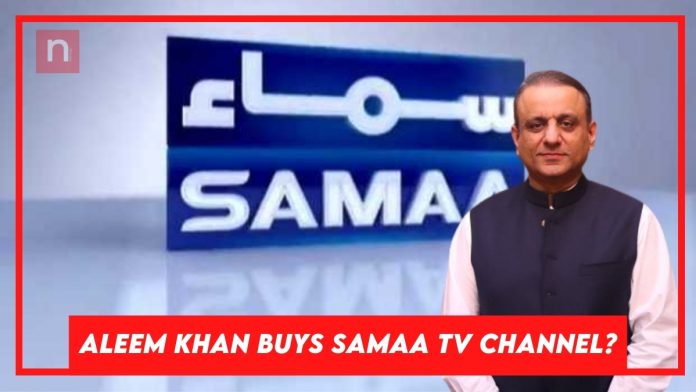 In the most recent news surrounding one of Pakistan’s biggest TV channels Samaa, The Pakistan Electronic Media Regulatory Authority (PEMRA) is has actually allowed for the change in management as well as transfer of shares of three private channels, which of course includes Samaa TV, to Punjab minister Aleem Khan’s company.

A recent press release making its way on Wednesday claimed that some important decisions were actually taken in the 165th meeting presided over by its chairman, Mohammad Saleem Baig.

In a unanimous manner, the application of Messrs Jaag Broadcasting Systems Limited, which of course happens to run Samaa TV, for the change of both management as well as transfer of shares was subject to being approved.

Also Read: Samsung is Setting Up a TV Manufacturing Plant in Karachi

While the PEMRA presser did not take note of this, BBC Urdu claimed actually that the shares have in fact been transferred to Park View Limited, which happens to be a real estate company owned by Aleem Khan and his daughter. The website also took note of the fact that the decision was not actually unanimous, as the PEMRA member from Balochistan in Farah Azeem Shah had opposed the idea of shifting the shares without there being any clearance with regards to outstanding dues that are worth millions and million of rupees.

Farah Azeem spoke to BBC Urdu and claimed that the regulatory body with the acceptance of transfer of shares, deviated from its own policy.

Other decisions surrounding and taken at the meeting include of course the approval of shares, as well as the addition of new directors and also shareholders of Messrs Al Kamal Media (Pvt), and also the change in management of Messrs Lucky Broadcasting Pvt Ltd. The meeting also happened to endorse the issuance of cable licenses starting from the first of July back in 2019 to Feb 17, 2017 and also ended up turning an application of Messrs Airwaves Media (Pvt) to Ltd for the FM radio license for Thatta due to the problem of incomplete documentation.

PTA chairman is likely to be appointed by the Federal Cabinet...