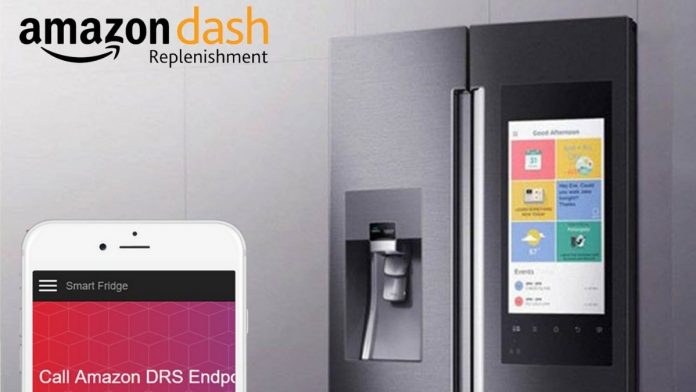 There are indications coming up that are suggesting actually that Amazon could well be working on a smart Refrigerator – this all as per some credible sources. The internal project is reportedly codenamed Project Pulse and is being developed so as to help users track their inventory and also their purchase habits. It will end up helping predict what a person wants, in accordance with their habits as well as their preferences, and then have the product eventually delivered. Project Pulse will also help in tracking expiry dates and will also make smart suggestions when it comes to recipes – all based on what would be available in the fridge at that moment in time.

The Amazon fridge project is actually believed to be at least two years old, however, there isn’t any certainty as to whether or not it will one day become a commercial product or not. It is also indeed possible that the company might end up with you partnering up with other manufacturers so as to deliver the product if indeed it is primed as such.

An Amazon smart refrigerator, if does end up coming off as reality, will seamlessly fit into Amazon’s smart home ecosystem. They will provide a much greater width as far as the number of things that could be done with the smart home system goes. However, Amazon won’t exactly be the very first company which is looking to delve into the whole concept of smart fridges and LG and Samsung have also been involved in this particular area. However though, Amazon’s key functionality that may end up showcasing the fridge is the possible network functionality that will arrive with the aid of such a device. Amazon’s network of grocery stores as well as the vision it possesses when it comes identifying items on the store will be done via the aid of Amazon Go Stores.

New version of the HarmonyOS to be released soon