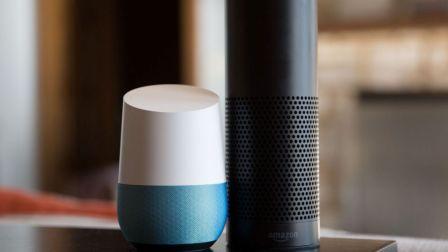 One of the things that made Google Home very popular amongst users is the fact that users could be able to throw content straight from Netflix, youtube or any other streaming website to a Google Cast device, a thing which perhaps made Alexa users a bit envious of the Google Home. However, Amazon is now quickly catching up in this department as well, because not only did Alexa introduce Alexa control for the Fire TV last week, now, very recently, Sony has also revealed that users will be able to use their Amazon Alexa devices to control the company’s Android smart TVs. This is something the Google Home cannot do, and something Google will have to change very quickly if it is to keep up with its fierce rival, in the Alexa.

The skill which is inspired by Sony is available in Beta and allows users to have complete control their TV devices, via their voice through an Amazon echo, or other Alexa-powered devices, just as long as the users have a TV which is supported. If you are wondering what Sony TVs are actually compatible, then most of 2016, and 2017 Sony 4K TVs are actually compatible.

The fact that the Alexa can now be used to control TVs is great, but limited when you compare to what you may be able to achieve with the Google Home with the cast. The Alexa can power your TV on or off, control live TV channels, control volume, change inputs, and also control playback. But when you consider the fact that the Google Home, via cast can trigger streaming services such as Netflix and YouTube, all the things mentioned seem a bit limited, don’t they?

However, other than this, considering the fact that almost all Android TV devices pack Cast functionality, Google Home still can’t do much with these devices. It is rather surprising to see that Home, being Alexa’s top rival can’t do much in controlling TV devices, but hopefully, with Amazon taking the first step, Google will also be instigated to do much more with their device, with regards to Android TV control.

NetMag Staff - July 6, 2020
0
Under the Sindh COVID-19 Emergency Relief Ordinance 2020, certain relief measures shall be provided to the affected people of the Province of...

NetMag Staff - July 6, 2020
0
TECNO Mobiles has signed the renowned Muller & Phipps (M&P) as their new distributor. TECNO, with its popular demand, has taken this...

Muahmmad Mustafa - July 6, 2020
0
On eleventh September 2012, a fire broke out in an articles of clothing industrial facility in Baldia Town that murdered 289 individuals...
- Advertisement -

You can play Sega Genesis and some Super Nintendo games using...

Many Jazz employees will be axed