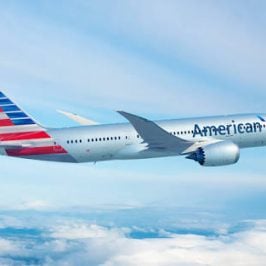 American Airlines has just announced that it is set to buy new planes to replace the in-use planes with. These new planes will let the passengers delighted with the idea of enjoying the giddiness of the new plane smell.

The older more rickety Boeing 767 planes of American Airlines will be replaced with the 787 Dreamliners, means that the company is not going to replace older planes with some narrow-bodied and even more narrow-minded than your average CFO.

So Flight Attendants and customers complaining about old 767s being flown by American, might look forward to something shiny & new to experience.

In a Friday podcast, Derek Kerr who is bullishly cheery CFO of the airline, offered some insight.

Must Read: Cheetay officially partners with McDonald’s and Pizza Hut

The airline will delay delivery of 40 Boeing 737 MAX planes until 2025-26, four years later than planned. Some people regard these planes as maximally uncomfortable, because they do squeeze in more seats than ever on a 737.

These planes are also notorious for narrow bathrooms that are only 75 percent of the size that we are used to, and an American Airlines pilot has described these bathrooms as  “the most miserable experience in the world.”

But don’t you go sad with this news and go through the whole story. Here is a good news in guise of the bad one.

Well the good news is that those narrow and worst bathrooms will not be in service for a while as Kerr has explained the decision in these words: “Still get the new aircraft coming in. We will replace those other aircraft, but we have some Classics that can fly for longer and so let’s put the Oasis in them.”

This Oasis insertion means the reduction of the seat pitch in planes and, shoving in the Most Miserable Experience bathrooms of the planes.

47 new Boeing jets are planned to order for a combined price of $12.3 billion. The American Airlines have also planned to cancel  an order with Boeing’s European rival, Airbus, made last decade by US Airways prior to its merger with American Airlines.

In its Dreamliner order, American Airlines  is taking both the 787-8 & 787-9 variants of the twin-aisle jet.

Govt all set to launch ‘Baytee’ app to empower women