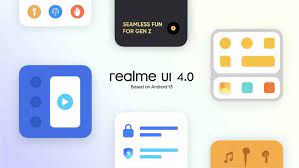 At the beginning of November, Realme 10 Pro and 10 Pro+ were released in China with Realme UI 4.0. It was one of the first devices to feature Realme’s Android 13-based skin, making them some of the first to do so. Realme UI 4.0 and the upcoming Realme OS 4.0 will be going global on December 8 in conjunction with the launch of the duo.

Realme phones have received Android 13 as a software update before, but these are not the first ones. The Realme GT 2 Pro was updated a month ago, but this update was on the basis of Realme UI 3.0 rather than Realme OS 3.0.

A new system that Realme has implemented to group all the things it does has been based on cards. Keeping the most important information in its own area ensures that it is not shared with other less important pieces of information that might compromise its integrity.

In order to give the user a more personalized experience, the Always-On Display has been redesigned. Animated emojis, interactive panels, and personalized recommendations are all available on the site as options.

READ MORE: iPads may be made in India soon

It has been claimed by the Realme company that the new Dynamic Computing Engine will be able to increase overall performance by 10%. It is estimated that gamers will have an additional 4.7% of battery life and a reduction of 1 degree Celsius in peak temperatures.

Private Safe is another new tool that is able to encrypt your data, which is yet another useful feature. In addition to making images anonymous, Auto Pixelate also offers the possibility of anonymizing sensitive information within them.

It seems likely that Pakistan will also receive the update soon if Realme’s OS rollout is as efficient as Samsung’s, and Pakistan may even get it sooner.

What’s the First Smartphone Brand that Comes to Your Mind