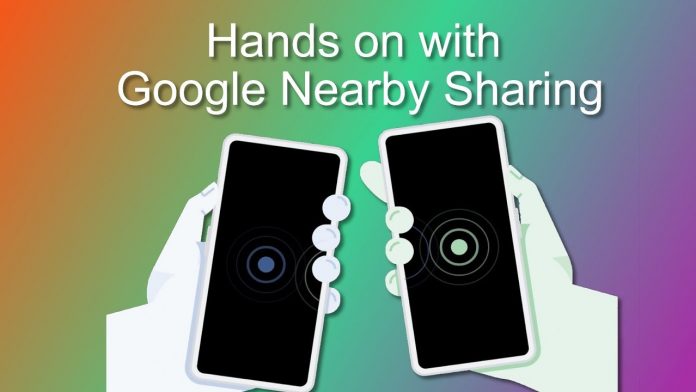 The latest batch of rumors that surround Google go on to suggest that the company is entertaining the idea to soon launch a new Android feature which will have the capabilities to allow users to share files between devices – with the only requirement being a Wifi connection. Originally known as fast share, it has since been renamed to Nearby Sharing.

At first, many had imagined that the feature from Google would be a clone of Apple’s highly popular Airdrop feature – which in all its essence allows users to share files quite easily – in a similar fashion. Now, a video has also surfaced showing the practicality that ensues within the feature that Google is working on and with that said, the thoughts of many that surrounded around the possibility of the feature from Google just being an Airdrop clone have indeed been subject to confirmation – as this is indeed the case. However – this isn’t a bad thing at all.

Considering the fact that experts have had a hands on experience with the feature, the overall experience of sharing files between two Android device does actually seem quite polished. And so, it is indeed very likely that the feature will indeed launch sooner rather than later – perhaps even before Google I/O 2020.

For now though, the coolest thing that with regards to Nearby Sharing seems to be the ability to precisely control your device’s exposure to other devices. It has indeed been subject to demonstration that an individual contact may be chosen, from whom you are comfortable receiving files as well as go all-in on privacy and hide your device from everyone. Of course, with this said, the route – if indeed chosen, adds the hassle of needing to manually turn on the service each and every time someone wants to share something with you – however, the fact that you do have the degree of control is a nice thing.

Will the next generation Apple watch’s chassis help improve its wireless...