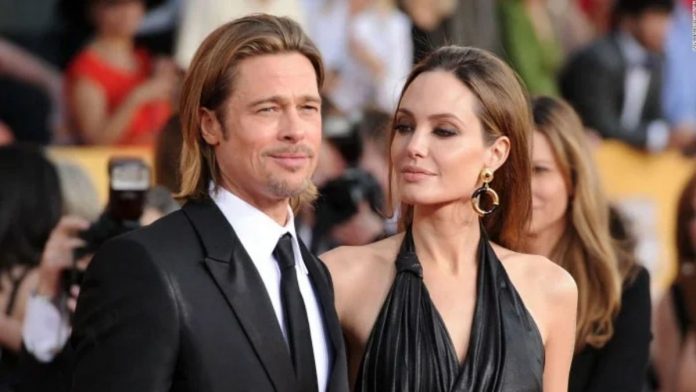 What was once the most prolific and most talked about couple in America seems to be in a conflict once again. The duo of Brad Pitt and Angelina Jolie was easily one of the most popular couple of the modern era and a lot of the media was revolving around each and every step the two actors made. However, like all great things, they must come to and end and the two broke up from marriage, leaving the kids primarily with Jolie.

In a new turn of events however, we just got hold of information which says that Angelina Jolie and Brad Pitt’s custody battle has now turned into a war recently and according to recent reports, it is claimed that Jolie is making a lot of efforts in order to ensure that Brad Pitt is left with no access to the children for even the big events such as Thanksgiving or Christmas. The new report has been surfaced by Star and according to their source which is very close to the former duo, Jolie is trying to ruin Brad’s chances of having Pax, Zahara, Shiloh, Vivienne, and Knox over for Christmas simply because she herself does not want to be alone for the holidays.

The source says that, “Brad accuses Angelina of throwing a wrench in the wheel anytime he wants to do something. He felt forced to turn this into a courtroom battle.” Even though both parties want the exact same thing, the duo is refusing to meet each other at common ground and are being ‘stubborn’ regarding the entire case. The source further added that, “Being stuck in L.A. during the holidays is misery for both of them, but they’re both so stubborn they won’t work with each other towards a resolution.”

Movies Coming in 2021 to Get Excited For