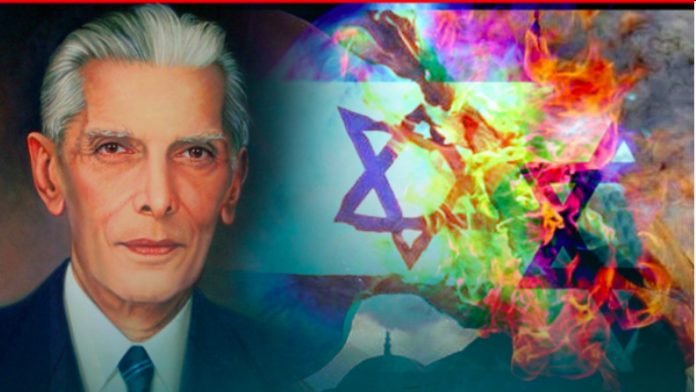 According to a statement issued by the American Muslim and Multifaith Women’s Empowerment Council (AMMWEC), the group is comprised of prominent Muslims-Americans as well as South-Asian Americans, and members of AMMWEC and SHARAKA.

The aim of this group is to carry on the peacemaking efforts begun with the arrival of the first group of leaders from different faiths led by the Pakistani-American President of AMMWEC and SHARAKA Board Member Anila Ali. The goal is to foster a positive relationship and encourage the relationship between Pakistan and Israel and to strengthen Pakistan’s ties in Abraham Accords. Abraham Accords.

The group includes notable Pakistani American leaders which include the former Pakistan Cricket Board (PCB) Chairman Dr. Nassim Ashraf, and many other notable journalist and religious leaders from Pakistan.

In this context, Anila Ali, said, “The floodgates are wide open. The initial shock has transformed into the realization that Muslims as well as Jews are both descendants from Prophet Ibrahim PBUH. So, we should continue to work towards building peace through a people-to-people link in order to advance and promote the Abraham Accords in Muslim countries. If we wish to create an improved tomorrow for our kids, then we must be free of the grievances from in the past.”

“The goal of this excursion is to let participants to explore Israel in their own way, and then relay the experiences and lessons learned to the people in Pakistan to provide relevant information to the debate that is currently taking place about whether Pakistan should be a member of in the Abraham Accords. In addition, because of the devastating flooding that has occurred in Pakistan and the devastating flooding in Pakistan, the majority of the tour will focus on life-saving technologies that were developed in Israel that deal with food and water security, as well as in reducing the impact of climate and environmental disasters.” she said.

Anila said, “The trip includes a meeting with the President of Israel as well as high-ranking foreign policy leaders and well-known academic, religious, cultural, and political leaders. The trip will feature an emphasis on the Israeli high-tech industry and will include meetings with the top innovators in the agro, water and climate tech sectors and also Israel’s top system for managing water. The group will also get to meet an internationally renowned expert on disaster preparation. The group will also make an excursion to holy sites that are considered sacred to Abrahamic religions, as well as an excursion to the Holocaust Museum. The group consists of prominent Pakistanis Americans as well as interfaith leaders, as well as the media’s biggest names.”

“Dr. Nasim Ashraf, a famous social worker from Pakistani-American who was also Chairman of the PCB in 2006-2008, stated, “I am delighted and grateful to have been accepted to be invited by AMMWEC as well as SHARAKA to join the delegation that will visit Israel to foster peace and dialogue between faiths. People-to-people interactions are essential to foster the understanding and harmony among Abrahamic faiths that we share.”

SHARAKA founder, Amit Deri said “We were thrilled to welcome this delegation to Israel as component of the efforts we are making to grow the Peace Camp. The event is historic and we hope it can result in other countries, such as Pakistan joining to the camp. Only through cooperation and building avenues for dialogue will we be able to resolve our differences and work the same risks and challenges including water and climate-related problems to extremists within the region who are only looking to propagate hatred.”

Countries Affected Most By Global Warming And Climate Change

TESLA’S ABSURD CYBERTRUCK: UNLIKE ANYTHING ELSE!