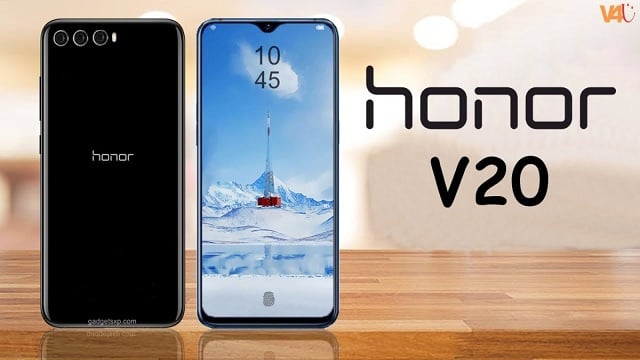 Honor is set to launch their latest and upcoming phone – the Honor View 20 (Honor V20) on the 26th of December. There has been a constant string of teasing going on by the company for quite some weeks, and then leaked some posters of the phone which went on to confirm that the phone will come with a 4000mAh battery, along with a 25MP sensor for the display hole.

Now, recently, the Honor V20 AnTuTu Listing went on to confirm some of the specs that the phone will come with. The phone got listed on AnTuTu with the model number being : PCT-AL10. The listing sent on to reveal that the variant with 8 gigs of RAM will come with 256 guys of internal storage. Other then this, the phone will be powered by the Kirin 980 chipset, with the phone also having the capabilities for the support of 2310 x 1080 pixels.

Must Read: Once upon a time there was VEON (for free) by Jazz

Like I said before, the leaked posters started that the phone will go on to sport a 4000mAh battery, along with a 25MP sensor in the display hole. Moreover, the phone will also have a turbo link feature that will have the capabilities to use both 4G and Wi-Fi network in a simultaneous manner while downloading. The upcoming handset will also have an All-View Display, along with a Kirin 980 processor, a 48MP rear camera, Link turbo, plus 22.5W fast-charging.

We know a bit more through the listing – the phone will run EMUI 9, which is based on Android 9, straight out of the box. As far as the design is concerned, the phone will have an earpiece in the frame. Both the volume and power keys will be present on the right side of the phone, and in addition to this, the phone will also have a minuscule bezel, which will he present on all four sides of the phone. However, the bezel on the bottom of the phone is likely to be the one which will be different from the others, as it will be slightly thicker than the rest.

Redmi set for offline stores – later in the year