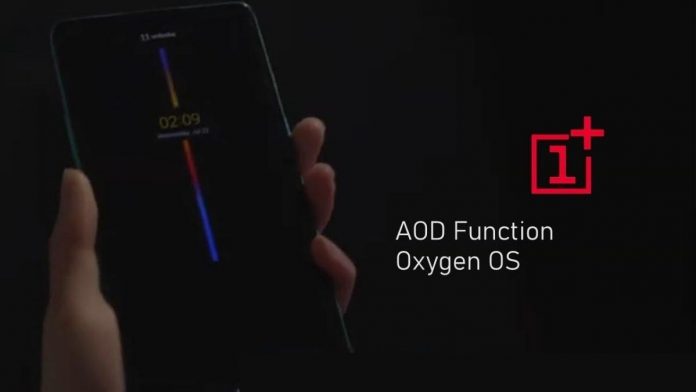 The CEO of OnePlus in Pete Lau has recently just gone on to confirm that the latest software from OnePlus in the OxgenOS 11 will bring about the always on display feature to OnePlus device. The senior executive from the company shared a post of Weibo and hence confirmed all the rumors that had been linking OnePlus with the feature.

In accordance with what the post from Pete said on Weibo, the AOD feature seems to be highly sought after and will indeed be available for everyone that runs OxgenOS 11 – and so hence, we can expect wide support for all the smartphones that do end up getting the upcoming update. Moreover, the social media post by the CEO also went on to reveal the themes for such a feature – with Pete himself sharing his own preferred one as being called “Time.” Also, a video was also shared by the executive himself that went on to shed some more light on the upcoming feature.

One of the faces onto there went on to show the number of times actually that the device happens to have been unlocked – to go along with a scale which has the capabilities to map the usage of the smartphone. Other generic information too is displayed – this including the likes of current time and date. Of course alongside this all are also present app icons for notifications at the very bottom. Of course the fact that multiple other faces had also been subject to being revealed means that this new update is indeed one of the most anticipated ones in recent times. OnePlus is also gearing up to launch android 11 – as it waits on to drop its final OxygenOS 11 developer preview on the 10th of this month.

TCL Trying to Revive Android Tablet Market With One of its...