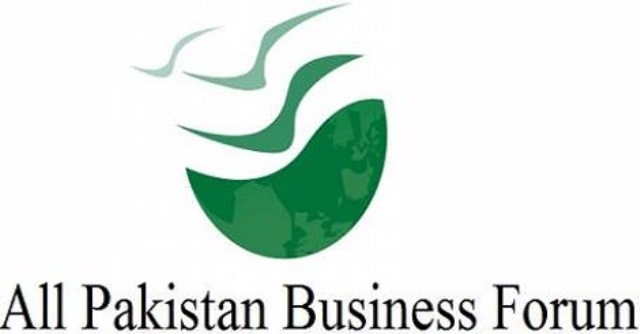 All Pakistan Business Forum has started consultations for the final preparation of Federal Budget Proposals for 2016-17. This was announced at a meeting held to finalize the proposals for the upcoming budget. The meeting was headed by APBF President Ibrahim Qureshi and participated by APBF Executive Committee members besides various representatives of a number of trade and industry leaders.

All over the world, the private sector plays a leading role as far as economic policy framework is concerned therefore APBF has also been playing its role to bring the country out of economic mire through well-tailored budget proposals. He said that the government and the private sector should be on the same page on minor and major economic issues so that they could be resolved amicably and without any further delay.

The APBF budget proposals will cover recommendations, including proposals to incentivize investors, broaden tax net through documentation of economy, simplify the tax system and reorganize FBR and many industry specific proposals.

He said that the APBF, in its budget proposals, will also suggest that the sales tax slab should immediately be curtailed in order to reduce inflationary pressures.

The APBF President said that effort would be made to give the government a set of suggestions that would help turn upcoming budget business friendly in the true sense of the word.

Mr. Ibrahim Qureshi asked the FBR to utilize its abilities to overcome the economic challenges and consult private sector to remove hitches to speedy economic recovery.

He said that APBF has evolved a two-pronged strategy to prepare proposals for the upcoming budget. On the first leg, all the Executive Committee Members have been asked to submit sector-specific details about the problems being faced by their respective businesses while secondly a meeting of all the trade and industry associations has also been convened to get their final suggestions about the upcoming budget.

Mr. Ibrahim Qureshi said that after finalizing these proposals, the APBF would submit them to the Finance Ministry so that these proposals could be incorporated in the upcoming budget document.

It is to be noted that the Federal Board of Revenue has sought the budget proposals for the upcoming financial year 2016-2017 from its field officers as well as from other stakeholders, including the business community.

The proposals, regarding the General Sales Tax and Federal Excise Duty, have been sought through two letters, FBR wrote to its field officers and businessmen. The FBR has also asked that the proposals should be pre-revenue, and focus on broadening the tax base and that amendments might be suggested with a view to achieving simplification, remove difficulties and anomalies.

FBR suggests to impose tax on digital companies like Google &...