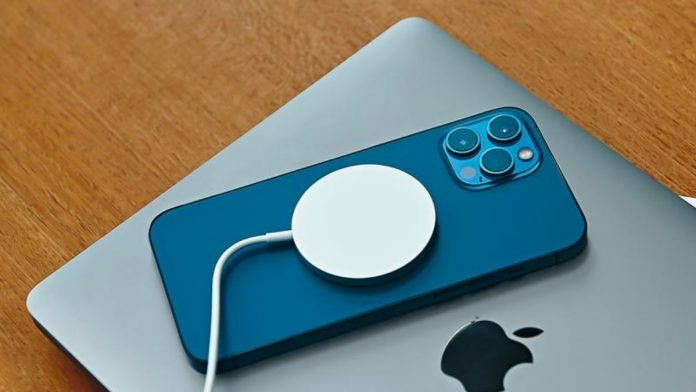 In the latest news coming in from the states we have found out that Patently Apple has revealed that the US mega company, Apple has applied for 40 patent cases in two papers. In accordance with the publication, Apple is considering incorporating wireless charging coils into their MacBook and this coil will work in two ways. This basically means that the coil will be used to charge the MacBook but in addition to that, this coil will also have the capability to charge other devices using the same MacBook which is incorporated with the said coil.

This idea is what the publication believes to be is most likely another trick which Apple is ready to use in order to create an emtire ecosystem of sustainable products. It should be noted that details in the document concerning the patent shows us a MacBook which is seen to be charging an Apple watch and an iPhone which is basically a hint towards how the company wants to make their products inter-dependent as means to make their products more efficient when they work together. While explaining the tech that will be used, the patent explains that ,

Must Read: How Huawei Tackles This with Its Smart Ecosystem