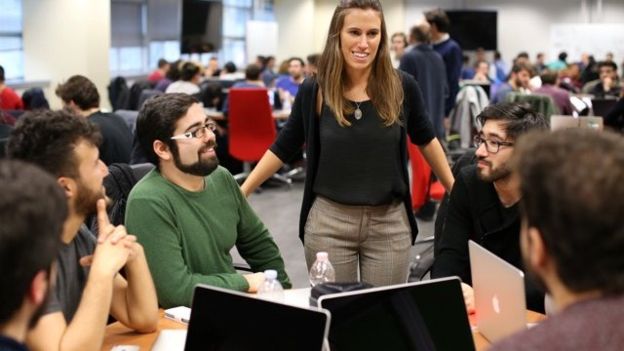 Computer giant Apple is in search of young talent with digital skills to expand its supply line of the creative workforce, by doubling the intake of its European academy.

Last year, Apple took an initiative by opening an academy in Naples (Italy), where students spend a year and get trained to be future developers, coders, app creators and start-up entrepreneurs.

As we all know there has been a huge gap between academia and digital skills, and Apple is taking endeavour to develop their own faculty.

There would be an open competition for applicants with tests being held next month in Munich, Paris, Madrid, London, Rome and Naples. Applicants from all over the world can apply as there are no tuition fees, courses would be taught in English.

400 students between the age group of 18 to 30 will be recruited for the autumn. Apple signed a partnership with a Naples university, the University of Federico II to run the courses.

By stepping in the education sector and taking the decision to move so directly into tutoring is all about self-interest at the same time as philanthropy.

Much needed Digital skill set to cop up with Cyber-attacks

In the last couple of years, we witnessed an imminence boost in Computer and mobile apps and they have been the main source of revenue and jobs.

Apple claimed there are two million apps available on its online store, and at the moment the app economy sustains 1.2 million jobs in Europe alone.

But along with all tech companies, Apple is also facing a disparity between the digital skills required for such innovative jobs and the qualifications of those looking for a job.

It means employers are left without the skilled workers that they need because employees are lacking major digitals skills for the desired job.

According to recent reports from the British Chambers of Commerce, in the UK, three out of four businesses were suffering from a “lack of digital skills”.

The global “ransomware” computer hack last week for a second time raised concerns regarding the receptive deficiency of cyber-security skills in lots of countries.

So to cop up with the skills gap the initiative taken by Apple is much appreciated. Since it is the need of the hour, there must be the training program for fresh graduates and students by tech companies before employment to improve the digital skill set.As a result, the employer will be getting the desired workforce of developers, coders, app creators.

Government of Pakistan are looking to end the reign of foreign...

Accountants in Pakistan must work with government to tackle its infrastructure...