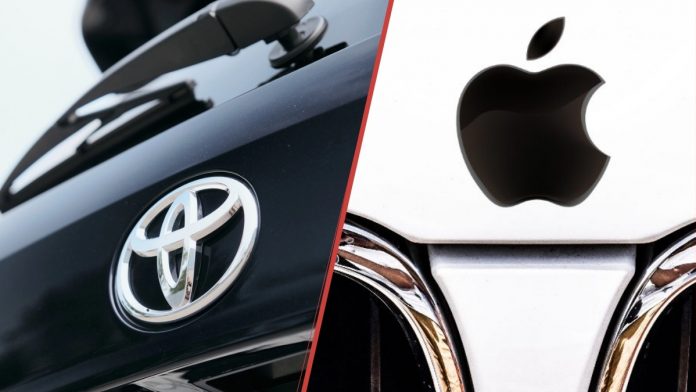 In the most recent news surrounding tech giant Apple, it has actually been claimed that the brand is in talks with another established automobile maker for the sake of production of its very own self branded car. Indeed it has now been claimed that Apple could end up striking a deal with Toyota in order to make the Apple car – with the production said to start by 2024.

In accordance with what Digitimes has gone on to claim, representatives from Apple have apparent met up with South Korea’s SK group and also LG electronics and are now in the process of looking towards Japan’s Toyota as the next partner. For those of you who happen to be unaware, the iPhone maker has been long rumored to have been working on its self branded car – and this has actually been the case for quite the while now. However, it does indeed represent a major shift from making consumer electronics to a whole vehicle and hence, the brand is in the process of looking out for established firms to help it out and hence get access to a new supply chain.

Interestingly enough, recent reports have also gone on to indicate that the company actually aims to develop its very own EV batteries in the US that aims to “radically” reduce the cost of batteries and also increase the range of electric vehicle. Moreover, the report also proceeded on to add that the company is aiming towards the prospect of starting production for its self branded Apple Car by the year 2024 – all of which is in line in fact with the previous reports that had indicated pretty much the same. Of course it is really important to keep in mind that all this is based on unconfirmed reports and so take it all with a pinch of salt for now and stay tuned for more updates to make their way.