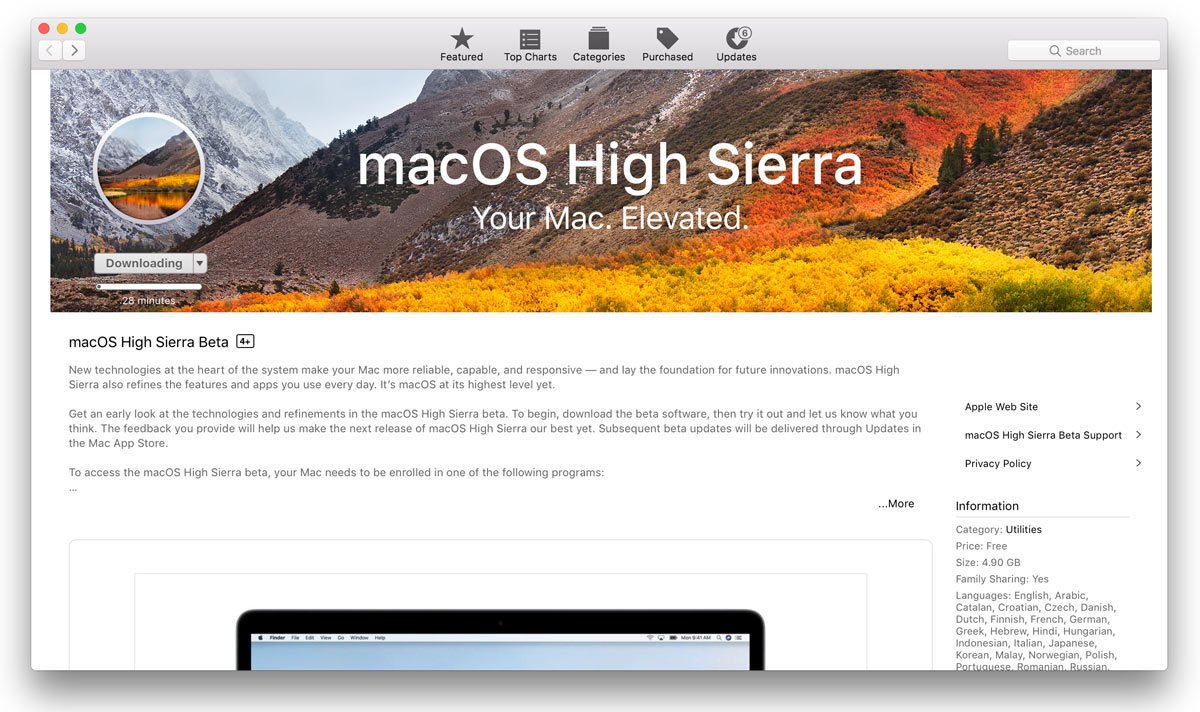 Apple has released updates for its macOS users by and by. Apple has made a new update for its macOS comprising of lot many enhancements and features. The recent updates, still public beta version, have been dubbed as macOS High Sierra. The version was announced back at Apple’s WWDC current year.

The new update will be enhancing the overall performance of video encoding and will improve the graphics too. Furthermore, Apple has optimized its browser Safari, that now halts auto-play videos. User Interface (UI) has also been rehabilitated.

New macOS High Sierra has a Metal 2 graphics API supporting VR. The photo app is being embedded with good upgrades such as neural networks capable of identifying faces in the picture. The company is planning to inaugurate the official version of this latest macOS High Sierra in near future.

This year has been good for Apple, as the company not only gave many updates to its users but has also become an active platform for users on other mobile operating systems.

Apple has also been rolling out an update for its App Store that allows users to discover app and games more easily. This update is also bundled with other features with the inclusion of  Today tabs, App Product Pages, and In-App purchases.