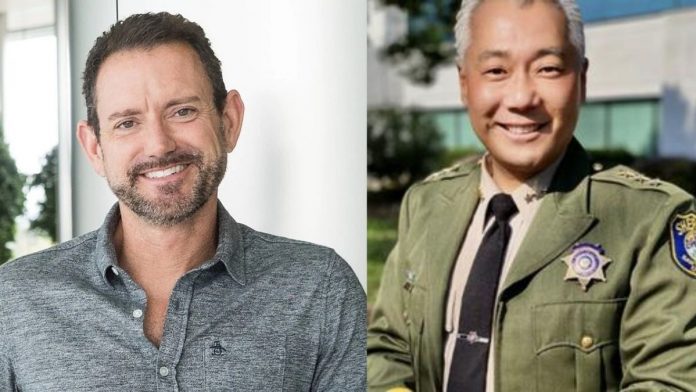 A company that has established itself as one of the biggest corporations in the world and a company that comes up with state of the art technology, it seems has some who misuse that brand name. In fact, Apple Security Chief Thomas Moyer has been charged for bribing Californian police officers with 200 iPads which were worth $70,000 for gun licenses last year. The 50-year-old Thomas Moyer and the two police officers were called upon by the grand jury in the Sheriff’s Office on Monday, regarding the issue at hand.

In addition, the news was reported from the Santa Clara County District Attorney’s Office which in turn revealed that the two police officers, who were aged 48 and 43 respectively, were charged on basis of taking bribes for the provision of firearms licenses which was given to the senior member of the management of Apple. The 48-year-old Rick Sung was serving as the country’s undersheriff, and James Jensen, the 43-year-old, was the sheriff’s captain.

Must Read: What is cloud computing? Which trends are shaping out the future of cloud

The plan was put together once the officers found out that their license records were taken under investigation by the state. In addition, the Security Chief’s lawyer has claimed that his client, Moyer is innocent and Apple has also stated on record that the company investigated the issue and found that there was no wrong done on part of their senior employee. In contrast, various reports have also claimed that Mr. Moyer and his lawyer, Ed Swanson, together had applied to gain a weapon permit for their security team in order to protect employees as well as executives after the incidents at Silicon Valley tech companies.

The lawyer further elaborated that both him and his client went through the process the lawfully and in the right manor and that the iPad donations were unrelated to the permits, rather these were donations which were to help the department and express Apple’s gratitude for the Santa Clara County Police Officers.