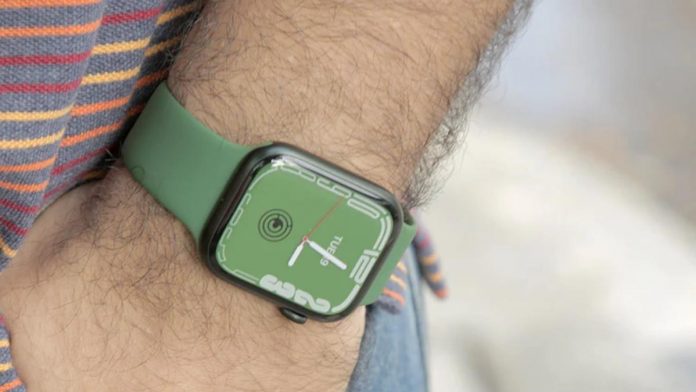 According to an recent newsletter by technology reporter Mark Gurman of Bloomberg, Apple Watch Series 8 will be able detect if you are suffering from a fever. The Watch Series 8 will come with a range of health-related features that will be coming to the wearable device from Apple. Gurman further explained that the body-temperature feature will not give users an exact reading, like the wrist or forehead thermometer. The watch will instead indicate that it thinks you’ve got the symptoms of a fever. Users will be notified to see a doctor or consult a thermometer.

Rumours of Apple plans to include body temperature sensors to their Series 8 model have been since a while. This past May TF Securities analyst Ming-Chi Kuo said Apple may be working on an the development of an algorithm to enable the temperature sensor feature on the smartwatch.

To remind you, Apple is reportedly looking for the launch of three variations from the Apple Watch Series 8. The expected launch will be an entry-level SE as well as a regular Series 8, and a tough edition designed for extreme sports. Wearables are also likely to receive the S8 processor, which could come with similar specs similar to the S7. Apple Watch models for 2023 as included in Series 9 – are slated to receive a new processor.

Its SE variant of Series 8 is said to adhere to the size of the present model. According to Gurman reports, there is a possibility that Apple Watch Series 3 could be removed in the autumn, and the SE could be able to take its place on the market. Gurman has previously stated the Apple is developing a variety of new features, such as adding an ability to connect via satellites on this Apple Watch.

For those who don’t remember the CAD rendering for the device was released at the end of last year providing us with an insight into its appearance. Apple’s Watch Series 8 may have a pair of grilles for speakers instead of one.

Best Laptops Under 400 – Get the Best For Your Needs

How to Check iPhone Age