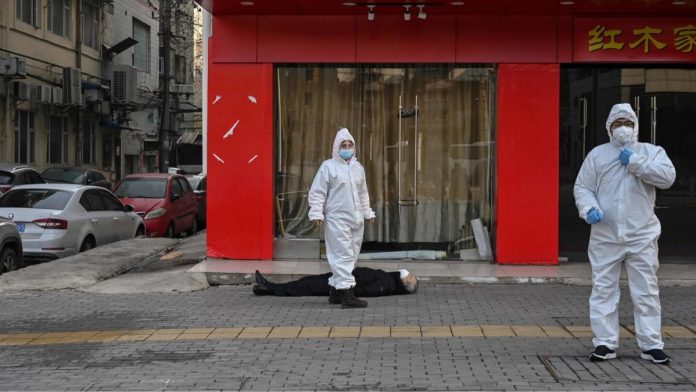 At the moment, it is impossible to imagine anyone unaware of the Corona epidemic. But not only in some countries of the world, but there are also some people who are either denying the epidemic or have misinformation about it.

Must Read : Aziz Com Mirza Sentenced to Imprisonment for Committing Fraud in Dubai

For the past six months or so, the world has been facing a global epidemic for decades. The new corona virus epidemic has spread to most parts of the world. As of June 25, the number of victims worldwide is about 9.5 million and the death toll is over 480,000. It is impossible to imagine that there are such areas in the world today and there are some people who are completely unaware of this epidemic. But this is a fact. UN High Commissioner for Refugees (UNHCR) observers question refugees on the Somali border. The immigrants were usually asked only about their names, addresses and destinations, but after the confirmation of the first case of codex in Somalia, a question about the corona virus was added to the list of questions. A total of 3,471 refugees were interviewed during the week ending June 20, and 51% of them were unaware of the corona virus and the global epidemic. According to Celeste Sanchez Ben, UNHCR’s female program manager in the Somali capital, Mogadishu, she was shocked when she first found out. Sanchez says refugees who want to go to Yemen often don’t even know there’s a war going on: “So it’s probably not surprising that awareness of the corona virus is still limited.” Most of these refugees are from Ethiopia. Most come from rural areas, where internet access is scarce. Ignorance of code 19 is not limited to refugees. Speaking on the phone from the southern Somali town of Sakao, Fatima Moulan said of Kode Anis, “I have heard such a word, but it is not here. Muslims do not like this disease. In Somalia, militants based in al-Shabab-controlled areas deny the virus outright. Mogadishu officials cited limited internet access, fewer awareness campaigns and a ban on communications by extremists as reasons for the problem. The UNHCR also found that people in many remote areas of Somalia still consider cod anis to be a mosquito-borne disease and believe that the most important symptom is stomach upset.

Why is the Coronavirus Making Some People Sicker?