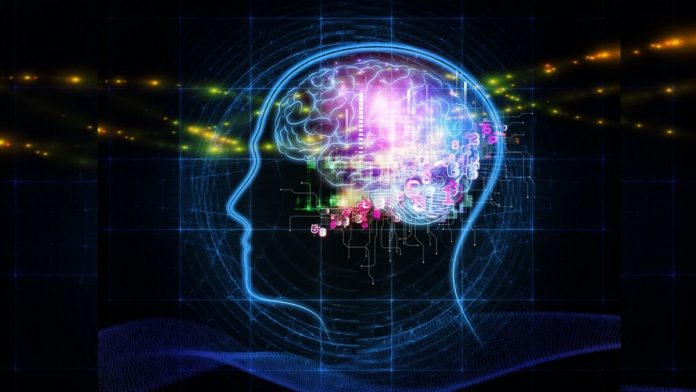 Artificial Intelligence (AI) is a buzzword that has been trending for a while. It’s a term applied to computers, machines, robots and computer systems that are able to perform intelligent tasks like thinking, learning, planning and interacting, thereby mimicking the natural intelligence shown by animals and humans.

When people think of AI is a term they usually associate with robots that resemble humans dominating the world, as shown in Hollywood movies such as I, Robot, Ex Machina and Westworld just to mention just a few.

The films depict a advanced form of AI that is officially known informally as Artificial General Intelligence (AGI) that is almost impossible. In contrast to Hollywood, AI today focuses on specific problems such as automated driving, stock forecasting virtual assistants, solving real-world issues that are of great importance.

The majority of the basic AI concepts have been in use for decades. The concept “AI” was first coined around 1956 by Stanford computer scientist John McCarthy.

The last decade has seen a rapid increase in the growth of AI technologies, mainly that are not being tapped by the power of computers as well as the massive amount of data for training made available through the Internet of Things (IoT) devices, and the reduction in costs for cloud storage and computing.

This is why AI technologies are already revolutionizing many industries, companies, and even our lives.

There are sophisticated intelligent assistants like Siri on our smartphones auto-driving cars are close to being a part of our lives. Robots can help farmers ensure their crops are protected from the weeds that grow by monitoring and spraying weedicide on the plants, AI models can paint and create images using text as well as AI machines are currently aiding medical professionals in the identification of illnesses like cancer, neurological and cardiovascular disorders.

The world AI technology industry expanding quickly. Statista states that it’s expected to grow to $126 billion in 2025. It is regarded as an engine of economic growth as well as the next major disruptive force.

For instance, examples include China’s “Next Gen Artificial Intelligence Plan” and the US executive decision concerning “AI leadership”” as well as “AI made in Germany” to name just the few. Pakistan should be a part of the same and invest in programs to encourage youth to be interested in AI and the latest technology. This requires investing in education programs research centres, research centres, as well as industries-ready training programs.

In the end, Pakistan has a huge potential for AI and its applications of application ranging from solving local challenges in the areas of governance, agriculture and climate change manufacturing, and even creating tech unicorns and businesses that specialize in hi-techand AI exports of software.

In reality, a handful of research labs, companies as well as startups have already made significant progress in the AI sector and contribute to the worldwide technology ecosystem. For instance, a team of professors from Information Technology University (ITU) Lahore are working on pressing issues and publishing their work at the top of the line AI conferences.

A single of their most thrilling projects of the Intelligent Machines Lab is an economic indicators predictor that utilizes aerial and satellite imagery. They are currently developing AI/computer vision technology that analyzes satellite images and then provides estimates of poverty for a specific area, giving officials and government officials with the information they need to make informed choices.

The National Centre of Artificial Intelligence (NCAI) is a research initiative that was initiated by the Pakistan government Pakistan in the year 2018.

Its goal is to be an important hub for technological innovation, scientific research as well as information transfer into the economy and also training in the area of AI and closely related areas. It is comprised of nine research laboratories from 6 universities across Pakistan.

Furthermore, a handful of other labs located at ITU, NUST, LUMS, PUCIT, FAST, and other universities are tackling fundamental AI issues. They present their research at top international conferences and work with companies such as Google
and Facebook.

Motive (formerly KeepTruckin) is an inspirational example of the business and is an excellent achievement story coming from Pakistan. It’s a technology unicorn from the United States that has capitalized on the talent pool of Pakistan and established an important engineering center in Pakistan.

Motive provides AI to businesses that are not yet technologically able to serve that drive economic activity in the physical world, including construction, trucking energy, energy, as well as the adjacent supply
chain industries.

They still rely on inefficient, costly, labour-intensive and complicated workflows to transport trillions of dollars of products. Motive provides them with the technology required to enhance their operations Safety, efficiency,
and effectiveness.

Typically, companies establish their R&D centers located in the West and then outsource the fundamental engineering tasks to developing countries such as Pakistan. Motive is an exception due to the fact that it has its own primary AI group in Lahore.

The team is comprised of several Ph.D.s, Postdocs in Computer Vision and Machine Learning, and engineers with an impressive academic research background. They create AI technologies that help to avoid road accidents, make our roads safe, and help save lives.

They’ve already delivered world-class AI products, released their work at the most prestigious AI events, and have filed several patents as a result of R&D carried out mainly in Pakistan.

AI and innovation generally – is not new to Pakistan. We have a large population of talent and a growing number of educated young people. We are also an amazing engineering hub, with an increasing demand for information technology
(IT) industry.

We have more than 600,000. IT professionals, with more than 255,000 new graduates joining the workforce every year. We have more than 17,000 software companies that offer services to more than 120 countries around the world and generating 3 billion dollars in IT export revenues last year.

It is uplifting to observe the tech startups, tech companies and research labs that are engaged both in scientific and applied research on AI. They are creating top-of-the-line AI products as well as doing important AI studies, as well as tackling significant problems within the borders of Pakistan.

Yet the number of businesses as well as startups that offer products and services in the AI sector is quite tiny.

We should invest in programs that bridge the academia-industry gap and inspire young people to pursue education and research in AI. We should teach our current 600k IT professionals in AI and build more centres similar to NCAI.

The author works as an engineer at Motive Technologies (formerly KeepTruckin) He leads efforts to create world-class AI products to improve safety for drivers.