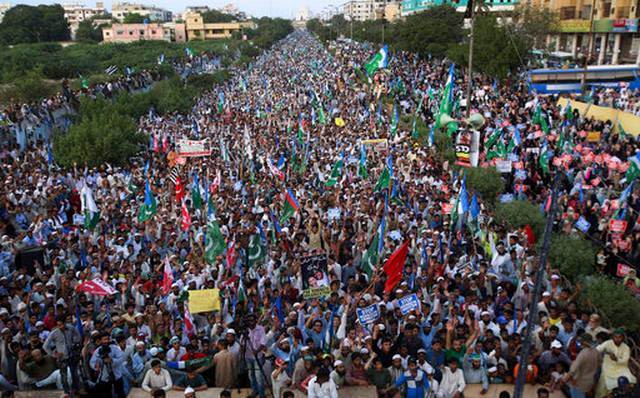 Countrywide protests are being held against the genocide of Rohingya Muslims in Myanmar, not a specific party is conducting these rallies, all the political parties and their leaders are taking part in these rallies.

Several cities of Pakistan are reported to conduct these rallies. End to the violence on the persecuted minority is being demanded through these rallies.

In Islamabad Amir- Jamaat-i-Islami Sirajul Haq spearheaded a rally and various political parties took part in this rally. Deport of Myanmar’s ambassador to Pakistan was demanded in this rally.

Pakistan People’s Party (PPP) and other human rights organizations are collectively staging a protest outside Karachi Press Club. Trader’s community in Joria Bazaar is also raising their voice against the atrocities on Rohingya Muslims. 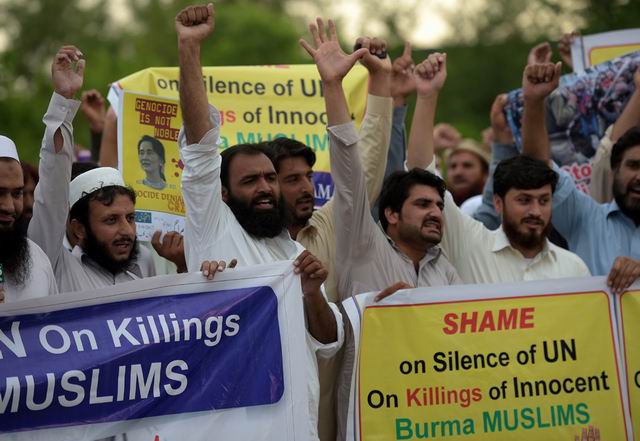 In Gujranwala, the protesters are also gathered outside the press club.

Another protest rally is being held by Jamiat Ulema-i-Islam – Fazl (JUI-F) from Chiniot market to press club in Faisalabad.

Sukkur is also contributing in this protest with a rally coming from Manzil Gah to Press club.

In the time period of only two weeks, (the last two weeks) almost 164,000 Rohingya Civilians have migrated to Bangladesh. While the Refugee camps were already bursting at the seams.

Numerous other people died trying to flee the fighting in Rakhine state. According to Rakhine state witnesses, all the villages have been burned since Rohingya militants launched a series of coordinated attacks on 25th August. The attacks prompted a military-led crackdown.

The Rohingya – state of blood and dead bodies- have long been subjected to discriminate in mostly Buddhist Myanmar, which denies their citizenship and regards them as illegal immigrants from Bangladesh. But actually, they have lived in the country for generations.

VRcade: An Opening for aspiring Self entrepreneurs