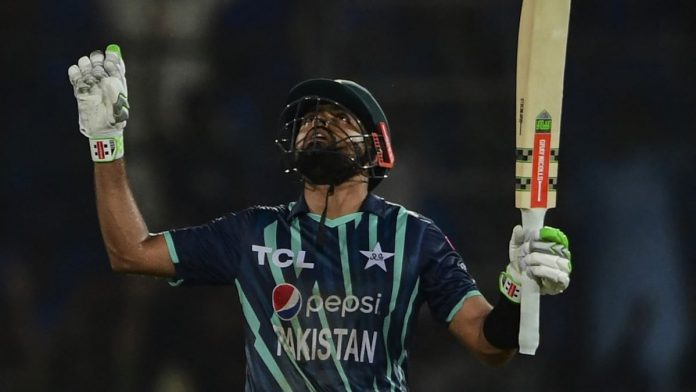 Babar Azam reached 3,000 T20I runs during the sixth game against England and became the joint-fastest player to reach that milestone. The star player required 81 innings to achieve the mark that is exactly similar to the number of runs that Virat Kohli.

When batting with England in the Gaddafi Stadium, captain Babar Azam added another half-century to his total. He was able to reach the 3,000-run mark within the shorter form of T20I. Babar Azam became the fifth batsman to reach the milestone in T20I cricket to hit the milestone, following Virat Kohli Martin Guptil, Rohit Sharma as well as Paul Stirling.

The Pakistan captain was also the sole player to have scored 3000 T20I runs in just six seasons of play. Other batters required more than 10 years to accomplish this feat.

Messi Might Just Leave Barcelona, Admitting It Is Difficult

Pakistan Team Made to Stay in Cheap Hotels For England Trip

Every Success of This Region is Dedicated to Our Martyrs: IG...