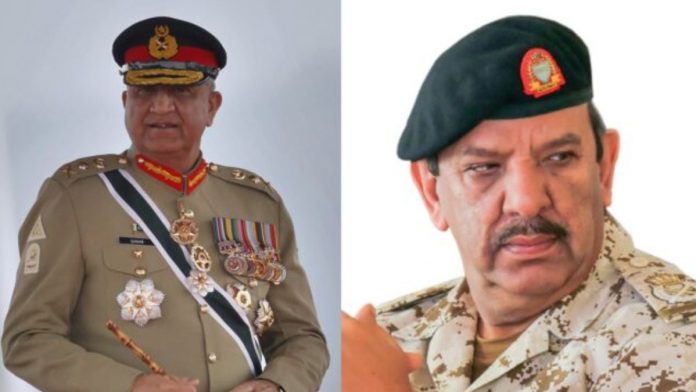 In the course of the conversation, it was stated that the Bahraini commander-in-chief expressed profound grief over the destruction caused by the unprecedented flooding in Pakistan and offered his heartfelt condolences for the loved ones of victims.

He extended his all of his support to the people of Pakistan. He also praised the Pakistan Army’s efforts in assisting with aid and rescue in flood-affected regions.

According to ISPR Gen Qamar thanked the Kingdom for its assistance and reiterated that the assistance of neighboring countries will be essential in the rehabilitation and rescue of the wounded.

Also Read: Rupee loses ground against US Dollar in the lead up to IMF Meeting

The COAS informed to the Saudi Minister that Pakistan was proud of its long-standing and close friendship between and the Saudi Kingdom and recognized its unique position within the Islamic world.

Minister of Saudi Arabia. Saudi minister also expressed sadness for the destruction due to the current flooding in Pakistan.

The day before, Saudi King Salman bin Abdulaziz and the Crown Prince Mohammed bin Salman (MBS) expressed their sympathy and condolences to the President of Pakistan Dr Arif Alvi for the deaths and injuries caused by the recent floods that have flooded Pakistan.

In his message in his cable, the custodian and custodian of Two Holy Mosques King Salman has prayed for the dead and their families in the devastated areas in the nation.

Ukraine shut down its airspace to civilian flights amid Russian military...