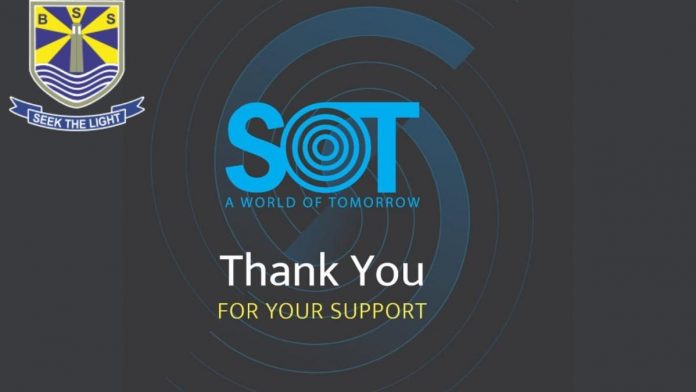 Beaconhouse, the country’s largest network of private educational institutions, has successfully concluded the 14th edition of its flagship ‘School of Tomorrow’ (SOT) conferences, themed ‘Towards Happier Futures’. The two-day virtual conference brimmed with multiple insightful discussions with over 50 global and local thought leaders in education, healthcare, athletics, and social and environmental development.

Focused on current and future educational standards, the opening session of the SOT conference featured a live discussion on the Single National Curriculum (SNC) and its progress, with the presence of Dr. Mariam Chughtai, Project Director at the National Curriculum Council and prominent leaders from private schools and publishers in Pakistan.

Valuable insights were delivered on the SNC, and whether the one-education-for-all approach suits the prevailing needs and educational setup of the country. “Whilst the content for a Single National Curriculum is being developed, its implementation lies with the provincial textbook boards, each of whom has a different interpretation of the curriculum,” shared Arshad Hussain, Managing Director, Oxford University Press. Dr. Mariam Chughtai on the other hand stated, “The National Curriculum Council has managed to achieve core standards for education in a very short time, and while there is no denying of problems in implementation of the SNC, streamlining it requires time.”

Eleven panel discussions were held, along with two workshops over two days. These talks revolved around creating a better future for the generations to come, with improved educational structures, ways to battle the impact Covid-19 has had on education, a focus on safer climate, the role parenting styles, media, and education play in developing a future, revival of sports post-pandemic, and child labour.

A prominent session titled, ‘The Power of Learner Agency – Curiosity, Creativity, and Innovation’, hosted by Ian Riley, School Head DHA at TNS Beaconhouse, featured students from the Beaconhouse network  and their efforts to cultivate initiatives and tackle challenges in order to become agents in their learning. The session showcased social initiatives led by the empowered students, including the TNS Monologue Slam’s participation in the World Monologue Games, Project Agaahi to promote adult literacy, and research and awareness on responsible consumption and production.

Another session moderated by popular TV anchor Sidra Iqbal revolved around the gender misbalance in society, harassment and consent, women’s rights and delayed justice in Pakistan. The discussion included social activist Neelam Hussain, Fauzia Waqar, Chairperson of the Punjab Commission on the Status of Women (PCSW), and Nida Usman, Founder of Women in Law, Pakistan. “Gender roles are intergenerational and have been transmitted down over centuries; unlearning needs to happen at a young age for all. Boys and girls growing up in the same house grow up with different sets of rules, and the role of education, parenting, and media is crucial in mitigating this lack of balance,” was an opinion shared during the insightful conversation.

The SOT was initiated by Beaconhouse as a series of events to support the institution’s quest to redefine education in Pakistan. The Beaconhouse Group holds a legacy of 45 years of educational expertise and currently has over 315,000 students enrolled full-time across more than 190 private school branches in eight countries. This year’s conference was sponsored by United Bank Ltd. (UBL).

Intermediate students- how does ACCA help you tick off items on...