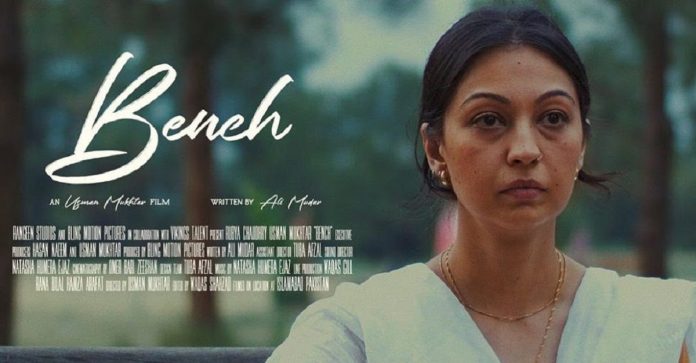 The multitalented actor and director Usman Mukhtar’s short film ‘Bench’ premiered worldwide on his YouTube channel on the 25th of November.

The short film starring Rubya Chaudhry and Mukhtar himself has also been selected for the Cannes International Independent Film Festival. The story revolves around a young couple who are stuck at a turning point in their lives if they should stay together or leave each other. In hopes of finding a remedy to their problem, they meet at their favorite spot to make the final decision.

“Directing this film has been one of the greatest pleasures of my life. I enjoy creating such forms of art and I aspire to create more of these films”, said Mukhtar.

He further added, “With Bench, we hope to break through the dramatic viewpoint that has been set for Pakistani cinema and create a sense of realism in the industry.  A lot of hard work and effort has gone into the making of this film and it is an honor to be featured in CIIFF. We are really excited now that the film is available for the masses to enjoy, and we look forward to their feedback.”

‘Bench’ has been directed by Mukhtar, produced by Hasan Naeem, and penned down brilliantly by Ali Mudar.

The Skolkovo Foundation and STZA Sign Letter of Intent to Cooperate...