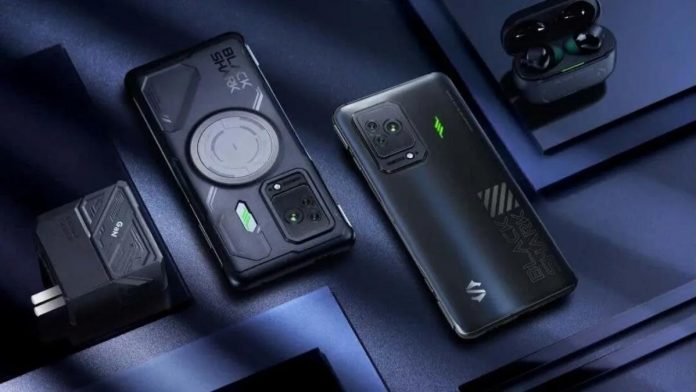 In the past when we were shopping for the latest smartphone, most of us were focusing on specific features like display cameras, display, battery capacity and more. It’s true that no one was paying attention to cooling. Today, not just cooling, but also other functions are important when making a purchasing decision.

We talked about the dissipation of heat of smartphones, because on the June list it is the gaming phones that lead in this category. As you may know, gaming phones come with enhanced cooling systems.

Unexpectedly, it is not surprising that the Black Shark Gaming Phone 5 Pro is ranked first. Its score is an average of 1,040,111. The interesting thing is that the GPU and CPU performance isn’t particularly impressive. What makes this device distinct is the memory. With SSD+UFS 3.1 solution that allows the storage to write and read quickly and ensure the highest performance compared to other handsets.

Also Read: ASUS ROG phone 6 leaked in Official Photos ahead of the launch on July 5th

Another gaming phone is it’s the Red Magic 7 Pro Under-Screen Camera Version comes with an overall score of 1,031,867. Incredibly, when you consider its CPU and GPU scores there is no comparison.

In the third position is an Lenovo Legion Y90. Although it is a combination of the two options from Black Shark and Red Magic (SSD+UFS 3.1 combination (640GB top version only) and active air cooling) It is unlikely to be in the third spot.

If Qualcomm chips are dominant in the flagship market, MediaTek sees no rivals in the sub-flagship market. The Dimensity 8100 is in every model on this list.

It’s true that the OPPO Reno8 Pro+ ranks as the top model. It comes with the MediaTek Dimensity 8100-Max processor which has an average of 822,915.

Two Redmi models including the Redmi K50 and the Redmi Note 11T Pro+ – are on the second and third places respectively. They have average scores of 816,851 and 812671 respectively.

A few days ago, Qualcomm released the Snapdragon 7 Gen 1 that uses the 4nm process and an updated CPU design. It is comprised of an A710 super-core with a speed of 2.4GHz plus three A710 big cores running at 2.36GHz and four small A510 cores running at 1.8GHz. It also includes Adreno 662’s GPU that has an increase of 20% in graphics rendering speed compared with its predecessor, the Snapdragon 778G.

Its first version is called the iQOO Z5. It comes with the Snapdragon 778G, which has the average of 577,956. It’s also interesting to note that the phone was in the same spot numerous times. Apart from the chip this phone also comes with LPDDR5 (6400Mbps) memory as well as UFS3.1 (V6 procedure) local storage.

The third placer follows that of the OPPO Reno 8 Pro, that is equipped with Snapdragon 7 Gen 1 with an average score of 573 115.

The other phones are equipped with either the Snapdragon 778G or Dimensity chipset.

OnePlus 6: And this will be the next flagship killer