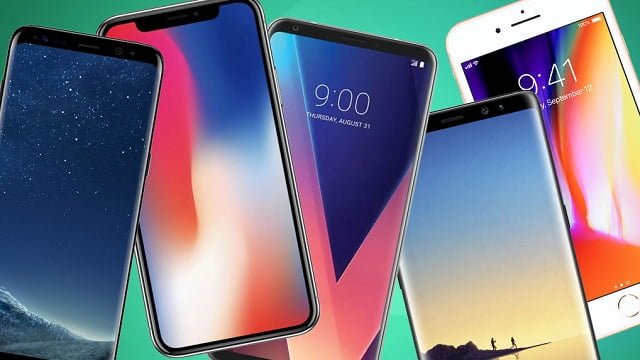 Smartphones keep on getting better, and since the competition now a days is at its peaks, we get to see more and more innovation every time a company decides that it’s going to bring another smartphone to the market. Now, you obviously might have your own opinions as to what the best smartphone in the world is, the best budget phone etcetc, but here, I am going to share some of my opinions, in an attempt to help you make the choice of selecting a smartphone that you would want.

The iPhone XS is not only the most expensive phone that you can buy, it is also amongst the most popular and the best ones, if not the best. The phone has had several improvements over last year’s flagship from Apple, as the phone improved with regards to stronger construction, better waterproofing, faster Face ID, faster wireless charging, a greater amount of RAM, and also better camera, which have gone on to receive a software upgrade so they could get even better.

The phone comes with a stunningly fast A12 Bionic chip, and it comes to the point that where the case for bragging rights go, with respect to the raw speed of the phone, there isn’t a single phone out there that comes close to Apple’s flagship.

Must Read: Introducing Nokia 3.1 Plus to the Pakistan

Along with the stunningly fast chipset, the terrific cameras, and the looks, the phone also features amongst the best facial recognition authentications out there, if not the best. The notch is used in attempt to support all these sensors, and the software experience all in all, is a joyous one.

Samsung’s latest and upcoming flagship smartphone isn’t too far off, with many expecting a release for the s10 to come in February. However, while many go on to anticipate and eagerly wait on what Samsung has to offer with its latest upcoming flagship, many forget just how good its current flagship – the Samsung Galaxy s9 actually – especially at the price tag it comes with. The galaxy s9 these days is actually quite cheap, coming in and around the price tag of $520, while the larger Galaxy s9+ comes at a price tag of $640. These are impressive price tags for phones that have pretty much the most perfect hardware combination that you can get.

Both the phones have great displays – something which Samsung phones are accustomed to having, and all this packed with the Snapdragon 845, you get a very good package, in a very decent price tag. Though the device’sdesign hasn’t changed much since last year’s s8 – maybe that’s good, since Samsung’s flagship still goes on to bring along the headphone jack, and support microSD expansion.

The Pixel 3 and XL

Before the release of the Pixel 3, many stated that last year’s flagships from Google were quite great, and amongst the best phones that were available on the market. The same is pretty much the case with the Pixel 3 – of course, if you don’t actually mind the looks.

The Pixel 3 not only has the tendency to take better pictures than the Samsung Galaxy s9, but the phone also brings about direct software updates, and timely ones, too. All in all, the Pixel 3’s camera is probably the best that you can get on a smartphone, so yes, if you don’t mind the looks of the phone, it just as might be more than a decent option for you.

On a budget? The OnePlus 6

Finally, we’ll talk a bit about the OnePlus 6, and the 6T. OnePlus continues its tradition of providing great specs at a very attractive price point, proven with the release of the company’s latest flagship phones.

The OnePlus 6T is for around $549, and comes with a 6.41 inch AMOLED display, packed with 2280 x 1080 resolution, along with a teardrop notch, which happens to be coveted in corning gorilla glass 6. On the software and processing front, the phone is of great capabilities, plus it’s probably the first and only phone till now on which the In-display fingerprint scanner actually makes sense – with regards to speed and reliability I mean.