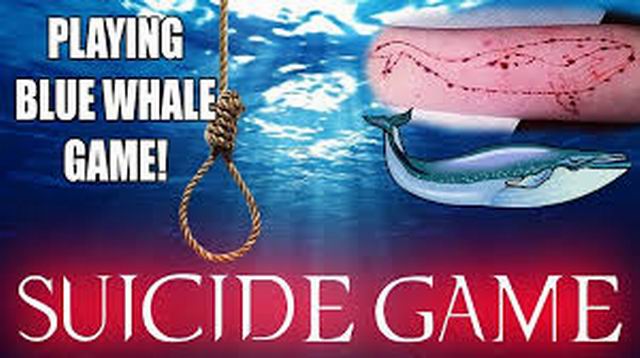 The Story of brutal Blue Whale game Is it fake or real?

Nowadays at the social media and every where we are listening to the brutal game of  Blue Whale. We must know about the game is it real or fake? let’s read the whole story and will come to know the truth.

The online suicide game “Blue Whale” responsible for 130 suicides ( globally )  between November 2015 to April 2016 is spreading worldwide with its even worse effects. After Argentina,  Brazil,  Bulgaria,  Chile, China,  Colombia, Georgia and many other countries it has been reported to reach Pakistan.

Till now “Blue Whale” has urged more than 150 youngsters to commit suicide after a series of 49 odd tasks like waking up at unusual hours and watching horror movies and crafting Whale on their arms. And the final 50th task for the players is to commit suicide.

Two teenagers in Chile were discovered to have formed a whale with a blade on their arms while the third one was rescued. The rescued child get contacted with police and was taught not to accept such request again.

The strategy Blue Whale follows to reach its Goal:

Link to Blue Whale Game is sent to different social media sites like Facebook, Gmail,  Hotmail and WhatsApp. Once the link is opened, the player gets in contact with the administrator of the game.

The administrator assigns the player some odd tasks like watching the horror movie at some unusual wake-up time, initially. Gradually tasks get sick and the players carve whale on their arms or cut their lips.

At last at the 50th stage, they are directed to face death. If someone refuses to do so the administrator threatens to kill him/her claiming that your location has been traced and you will be murdered at XYZ (for example) time. Or the most beloveds of the player are threatened to be pursued to murder. 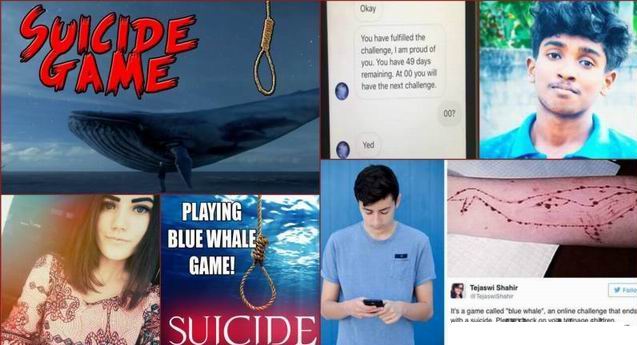 Some pieces of evidence of the brutality of the game:

A 17-year-old girl from the Rajasthan’s state of Jodhpur got rescued by police and local divers. She told that suicide was the final stage of his 50-task Blue Whale Challenge.

From Georgia USA, a woman blames this game of being guilty of her daughter’s death as her daughter left pictures of her adventurous deeds of harming herself in her mobile. The same acts mother found later in the Blue Whale game’s challenges.

Oleg Kapaev a Russian boy was rescued from the spot he was all set to throw himself down to complete the challenges set to him by a Blue Whale administrator.

Sky News reports that boy claims that he was just going to complete the task, not to die.

A boy in India committed suicide after advising his friends not to play Blue Whale Game. A lot of such evidence of deaths have been reported on different websites on social media.

India is the worst prey to this game and Google Trends reports show the largest number of searches for this game in India. North East of the India is the most vulnerable to the Blue Whale Game.

Kochi leads the world cities for accepting this game’s challenge.

Some players have been rescued from committing suicide.

The theme of the game:

whales will some day beach themselves and then die, that’s why the game is named after blue whale and the players represent whales through their suicide.

The cruel administrator’s way of fun:

Philipp Budeikin, 21, was reported of pleading the guilty of inciting several teenagers to death, by BBC News.

Budeikin claims this death toll part of his fun and says that his preys are those who don’t value their society.

Budeikin is being held at Kresty Prison in St Petersburg for inciting 16 teen age girls to death. But the criminal insists him to be innocent and was just kidding through this game.

According to Anton Bredon ( head of the investigation), they got evidence by a teenager who was in the final stages of the game but gave it up and did prefer telling police.

According to the Russian press, Budeikin claims that he was a cleansing society of biological waste.

Though Budeikin has been arrested, it is not enough because several criminals are reported to be the part of this crime. However, the steps are on the go to chase these criminals.

As is the part of the sub continent, India and Pakistan are mostly attacked almost at the same time by any cyber attacker. Chances of Blue Whale’s journey through Pakistan are also on the peak.

Though media reports it to be reached in Pakistan but having no evidence we can just expect its arrival to get ready not to accept any request from Blue Whale.

Don’t call name of the game in front of your kids, so that curiosity of their nature could not urge them to look what the game actually is.

Inform them of some game that can lead them to commit suicide.

Keep an eye on their social media activities and be so frank with them that they stay in touch with you while they visit social media sites or play games.

Keenly observe their activities and in case of behavioural changes ask them the matter.

Say them to inform you if they observe the change in any of their friends.

Investigate the cause of injuries on arms or blade cuts are found on the lips or arms or any part of their bodies.

Also, ask them if they change their routines of sleeping or getting up.

Make them aware that if someone threatens them they should tell their parents and should not follow other’s choices as they are free to make their own choices.

Through this blog, I request the PITB and Pakistan’s ministry of IT to take steps and try to block this game in Pakistan.

Super Robot Wars news to come on 11th of December