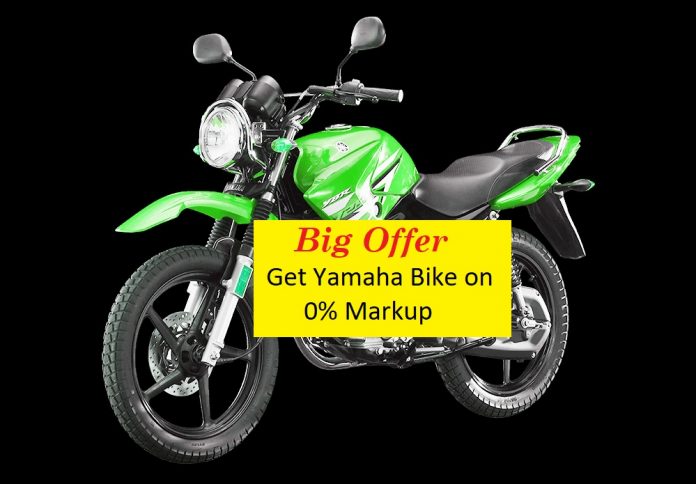 Last month Yamaha announced that it would be offering customers a 0% markup plan, which would allow them to pay for their bikes over four monthly installments without being charged any interest. Despite the fact that the facility was only available at a few dealerships and on a limited number of bikes, it was still available to the public.

It has been reported recently that the company has relaunched its 0% markup installment facility, although it is only open to select cardholders. This new offer is only available to the cardholders of MCB’s debit and credit cards and it has a duration of 12 months, according to the company’s official social media post.

In 2022 Pakistan Auto Show (PAS), Pak Suzuki Motor Company (PSMC) unveiled the new GSX125, which received a warm reception from the audience. There were market speculations that the company may replace the discontinued GS150SE with the GSX125 after the discontinuation of the GS150SE. As a result of the introduction of this new bike, the Yamaha YBR125 and the Honda CB125F will face off against each other.

There is a single-cylinder 125cc air-cooled petrol engine which is powered by a belt drive transmission and is capable of producing 10.45 horsepower (hp) and 9.2 Newton-meters (Nm) of torque. The manufacturer claims that the trike weighs 126 kilograms and has a fuel economy of 42 kilometers per liter based on the test results of the various international bike reviewers. As for the transmission, it has a constant mesh, five-speed transmission with a return shift pattern.

Also Read: A video teaser for Suzuki’s Yamaha YBR125 and Honda CB125F competitor has been released

There are two types of brakes on the bike: a front disc brake with dual piston calipers, and a rear drum brake. A spring-loaded shock absorber is mounted in the back, and it is equipped with dual inverted fork tubes up front for suspension

The speculations in the market suggest that Yamaha timed its offer right before the launch of the GSX 125 for the purpose of swaying the customers to Yamaha’s side. It remains to be seen whether that will be the case or not, but it is certainly possible.