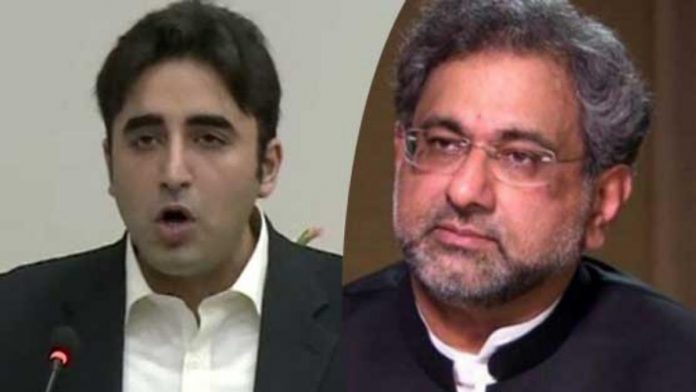 Despite reports that PPP chairman Bilawal Bhutto Zardari as well as former prime minister Shahid Khaqan Abbasi to be assigned the post of ministers of petroleum and foreign ministry respectively, both politicians have not been included in the cabinet of PM Shehbaz Sharif’s cabinet as of yet.

Bilawal did not take oath, however, he was attend the oath taking ceremony of cabinet members.

It’s worth noting that one PML-N leader, talking on the Geo News programme ‘Aaj Shahzeb Khanzada Kay Saath’ declared that Bilawal Bhutto could become the next foreign minister.

In the report by the News the PML-N’s supremo Nawaz Sharif has contacted former PML-N leader Abbasi and requested him to take over the post of minister of petroleum to guide the country from the crisis, according to sources.

Following the swearing in ceremony Former the federal minister Fawad Chaudhry ridiculed the cabinet that was newly created and said that it looked similar to the “attendance record from Central Jail.”

“Miscellaneous cabinet appears to be the attendance register at Central Jail when names [of its members] are read. Big dacoits are now in this cabinet.”