When everyone takes advantage from technology then why not politicians? Well, there is a recent example set by Bilawal Bhutto Zardari who is the Chairman of Pakistan People’s Party (PPP) and will address his workers using hologram technology, in 30 places where he can’t visit on November 30.

The purpose to use this technology is to have a feeling for workers as if their leader is present among them. Bear endure

You might have notice Holograms earlier as this concept is used in Hollywood movies, at the same time few startups and apps are also researching on this technology.

However, now the well-known Pakistani politician, Bilawal will experience this latest technology on coming Sunday. He will be addressing the party workers at once in 30 towns and cities.

He will be going to deliver his special message on November 30, the occasion of party’s foundation day which will be experience, all across the country.

To discuss the arrangements of party’s 50 years celebration of foundation’s day, a meeting was held at Bilawal House Lahore, led by Bilawal and attended by other party leaders.

The party’s discussion finalize that Bilawal would make use of this 3D hologram technology throughout the upcoming election campaign as he would be capable to address public rallies in cities wherever he won’t be able to go in person.

Bilawal gave importance to workers over leaders as while addressing to the meeting’s participants he said,

“I don’t care about the electables; party workers and ideology are my real strength. PPP had neither done the politics of electables before nor it intended to do it in future”.

According to PPP leader Ali Qasim Gillani , the party is also setting up to organize meetings with media persons in Lahore, Karachi, Islamabad and other cities of the country for a presentation of its hologram technology.

However, as a Pakistani we are seeing the first case in Pakistan where a politician is getting the help and relying on such latest and upgraded technology.

On the other hand, the government has taken some initiatives to improve the way towards digitalization of Pakistan, by starting technology and innovation support centers for its habitants. 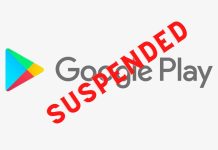 Xiaomi will also release Mi Max 2 along with Mi6 and...