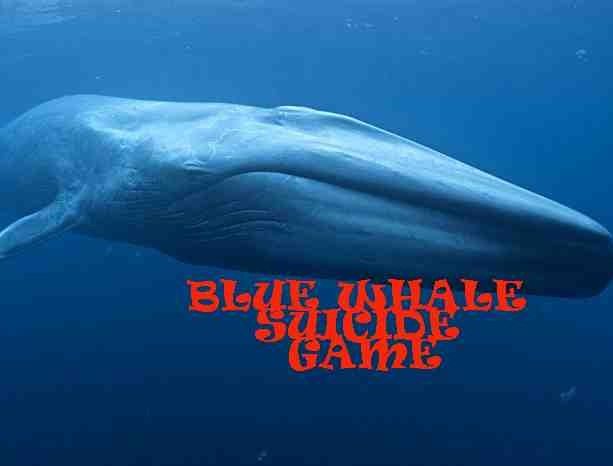 The Blue Whale game or Blue Whale Challenge is alleged to be a suicide game in which a group of administrators or a certain curator gives a series of tasks to the participant for a period of 50 days and the final task is to commit suicide.

These daily tasks start off easy drills such as listening to some genres of music provided by the curator , waking up at odd hours like 4 am, watching a horror movie, among others, and then tasks gradually spiral to carving out different shapes on one’s skin, self-mutilation and ultimately suicide.

Although many reports of suicides linked to the game have floated up across the world in different countries, the origin appears to be in Russia, which is the biggest victim of this brutal game and has reportedly seen about 130 related deaths and at least two arrests.

Well, now the game is not available online as an app, you’d know it’s not overtly offered ad accessible. As the administrators sternly manage who can get access to the game. According to Recent reports, the curators identify their victims on different social groups and then send them the link, which once opened on their phones, has the ability to hack and copy every single data from their devices to the administrators.

Blue Whale is a peer-to-peer game, where one can only play if he has been sent the link by a different user. This makes it tough to follow and catch the curators. The best way to deal with this issue is to create positive awareness.

Taking cognisance of the deaths, the information technology ministries of different countries had also bounded social media giants such as Facebook, Instagram and Google to eliminate links of the notorious game from their sites.

The curators, by means of social media platforms such as Instagram and Facebook, get in touch with the partaker after those involved throw out postings on social media asking for a “curator”. Different hashtags— #bluewhalechallenge, #i_am_whale, #curatorfindme act as gestures for the mysterious curators.

Parents beware! Signs and remedies to watch out for

All this is done in isolation. For that reason, parents need to personally watch the signs.

NetMag Staff - July 13, 2020
0
Former adviser to the Khyber Pakhtunkhwa Chief Minister on Information Ajmal Wazir has said that the spilled sound clasp he was allegedly...

How to have many Gmail addresses with just One Account

Windows 10 PC can be unlock with Samsung phone