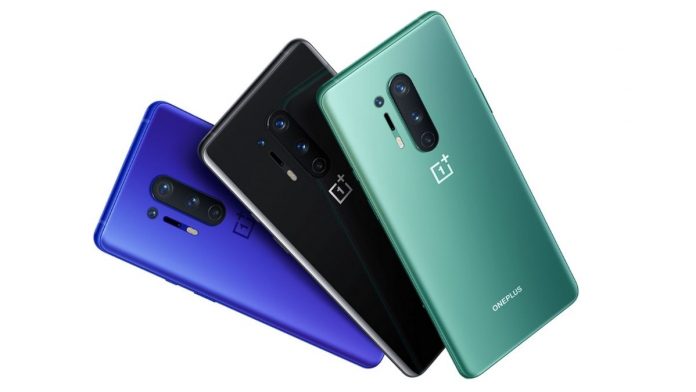 The OnePlus 8T is set to launch on the 14th of October. Apart from the official teasers that have made their way from OnePlus, leaks also keep pouring in so as to reveal more features that the device may come with. And now, the latest leaks by tipsters go on to reveal the camera sensors as well as the dimensions that the phone might come equipped with. If indeed the reports are to be believed, then the upcoming flagship from the Chinese company will not only be slightly taller, but it will also be slightly thicker than its predecessor in the OnePlus 8.

In accordance with the latest leaks, the OnePlus 8T will make its way with a rough dimension of 162.8 x 75.5 x 8.4mm. This refers to the fact that the thickness of the device will in fact be that of around 9.3mm – when taking into consideration the rear-camera bump. Of course this refers to an increase of 1mm when taking into account the bump – so you can imagine how the bump would actually end up looking like.

Another leak suggests that the OnePlus 8T will actually feature with the 48MP Sony IMX 586 primary sensor with an f/1.8 aperture including OIS, EIS similar to that of the OnePlus 7T. In addition to this, the phone will reportedly feature with a 16MP f/2.2 ultra-wide sensor. However, it is said that the 8T will actually ditch the Telephoto lens that is found on the 7T and instead have a 5MP and 2MP sensors so as to complete the setup.

Staggering numbers for the Redmi Note 7

Xiaomi growth in revenue slows down in Q2 2019