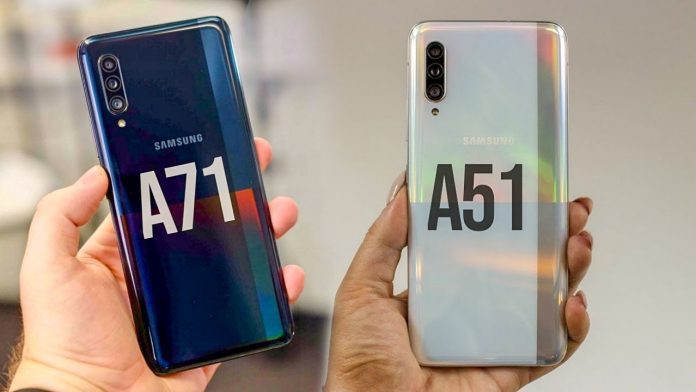 The Samsung Galaxy A50 made headlines as the phone became one the company’s best mid-range devices of 2019 – and was amongst one of the best mid-range smartphones in general. Now, Samsung has made its way to announce the Galaxy A51.

The Galaxy A51 was announced in Vietnam yesterday, and the design seems to be quite compatible with what we saw with regards to all the leaks, as the phone features with a center-mounted punch-hole cutout, along with a rectangular camera housing that consists of four rear cameras.

The latest mid-ranger from the Korean manufacturer features with six gigs of RAM along with 128 gigs of expandable internal storage. There also happens to be present a 4000mAh battery within, along with the support for 15W fast charging. There also is present a fingerprint scanner under the display – which is a 6.5-inch FHD+ OLED display.

Though the device has made its way into the smartphone world – it wasn’t actually the only device that Samsung revealed yesterday – as some credible sources have went on to claim that the company has also announced the Galaxy A71 – though quietly. The device comes with a quite similar design when compared with the Galaxy A51 as it comes with a center-mounted punch-hole as well as a rectangular quad camera housing.

Must Read : Samsung Galaxy S11 may be sold in more countries

In other news, the distinctive qualities start with a larger screen as the phone comes with a 6.7-inch FHD+ AMOLED screen which too arrives with an In-display fingerprint scanner. The device comes with either six or eight gigs of RAM, and 128 gigs of internal storage. Also, a larger battery in 4500mAh will be present, while the phone will have the capabilities to offer 25W charging.