Both the Honor 20 and the Honor 20 Pro will soon be launching on the 21st of May, and will debut in the market as affordable flagship phones. Ahead of the launch for both the phones, there have been different leaks which have revealed both the rear as well as the front design of the smartphones. Today though, WinFuture.dehas gone on to share some of the key specs as well as the renders of the Honor 20.

The report states that the phone will come with a 6.26-inch IPS LCD display, and will feature with a punch-hole at the right top-left corner. The device offers a Pixel density of 412 ppi, while the small hole on the front of the device houses a 32MP selfie snapper with f/2.0 aperture. On the front of processing capabilities, the device will be powered by the Kirin 980 SoC, along with 6 gigs of RAM.

The Honor 20 will come with a 3750mAh battery, while it will also possess the luxury of rapid SuperCharge rapid charging technology. With that said, the phone is rumored to get 50 percent charging capacity with only 30 minutes of charge time, right from zero percent. The device will come loaded with Android Pie right from the box, and this will be integrated with the Magic UI 2.1 – which happens to be based on Google’s latest android software. As far as internal storage is concerned, the device will feature with 128 gigs of that.

The phone will be equipped with an OIS enabled Sony IMX586 48MP sensor with f/1.8 aperture, a 117-degree 16MP superwide lens with f/2.2 aperture, an 8MP telephoto lens and finally, a f/2.4 aperture 2MP macro lens. The images of the device that have also made an appearance in recent times go on to state that it will be arriving with a power button enabled side-mounted fingerprint reader, while the phone will be available in two color choices : Sapphire Blue and Midnight black.

Like I mentioned, there have been some photos of the Honor 20 which have made an appearance online, with Android Central sharing them. There is the claim that the device will arrive with an attractive “Dynamic Holographic” three-layer glass coating. The report has since been taken down, and there might have also been some images of the Honor 20 Pro. Though we will see both the phones hit the market shortly, so expect pictures of the Honor 20 Pro to arrive soon. 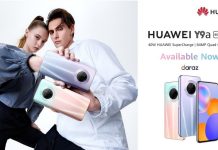 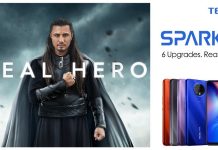 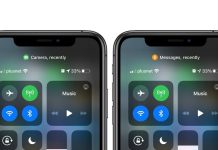 NetMag Staff - September 22, 2020
0
The HUAWEI Y series continues to exceed expectations of young consumers all over Pakistan. It is touted as a worthy digital companion...
- Advertisement -

Sony Executive reveals a very funny reason as to why there...

The Most Solid Smartphones of H1 2020