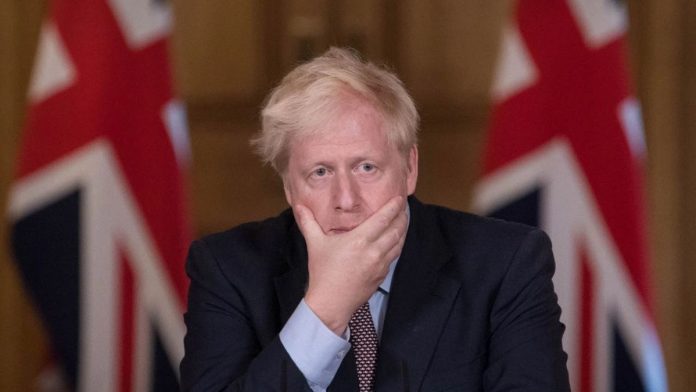 British PM Boris Johnson welcomed solid analysis from individuals from the UK parliament after he named the continuous fights by Indian ranchers as an issue among India and Pakistan.

During the inquiry and answer hour in the UK parliament on Wednesday, Johnson was reacting to an inquiry by Sikh MP Tanmanjeet Singh Dhesi with respect to the progressing fights by ranchers in India against laws passed by the Bharatiya Janata Party government.

Dhesi had communicated worry over the utilization of power by the Indian state against tranquil dissenters and had inquired as to whether Johnson would “pass on to the Indian PM our ardent tensions, our desires for a fast goal to the current halt”.

“Does he (Johnson) concur that everybody has a major right to quiet dissent?” Dhesi had addressed.

“Our view is that […] obviously we have genuine worries about what’s going on among India and Pakistan yet these are transcendently matters for those two governments to settle and I realize that he (Dhesi) acknowledges that point,” reacted Johnson as Dhesi viewed, shocked.

Dhesi communicated his mistake in a two-section tweet, saying “it would be ideal if our PM really understood what he was discussing”.

“The world is watching, issue is an immense one with many thousands fighting worldwide (remembering for London, covered by BBC) and the standard British PM Boris Johnson feign and rave stacks further shame onto our country. Totally dumbfounded! So disillusioned with his reaction,” the MP added.

The error was additionally condemned by different MPs including Sharon Hodgson, Afzal Khan and Zarah Sultana.

Reacting to Dhesi’s tweet, Hodgson stated: “This is so humiliating Tan! Does he truly not understand what you are alluding to?”