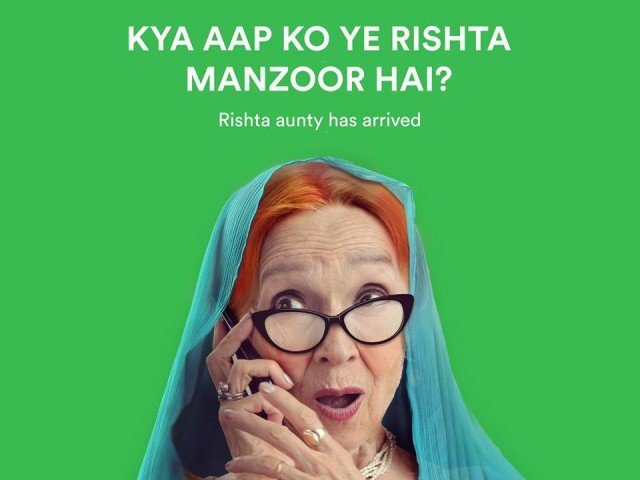 On Wednesday morning 19 July, Careem users woke up to a push notification saying “your Rishta has arrived”. The news got viral and everyone was curious to know the story of Rishta Aunty.

Careem now not simply helps you get a ride to your destination but it also assists you to find a perfect partner to accompany you on your future rides!

Rishta Aunty Campaign is just launched by Careem. Basically, in this new Careem car type, a rishta aunty will go together with you to talk about your marriage and possible matches. The service is accessible for a limited time only.

Cheers singles! At least there is someone who took this matter seriously and brings this “Rishta Aunty Service” and if you are facing any difficulty finding a life partner or a potential match, then this service is for you. Be certain to bring a picture of yourself to provide the Rishta aunty otherwise Rishta aunty will capture your picture at the moment.

“The matchmakers are professionals who do this for a living. They’ll take your bio-data and ask you what type of soul mate you’re looking for. Then they’ll get in touch with you later on. But Careem’s responsibility stops at the contact point.”

How to Avail This Campaign

It needs to be mention that this service is just available for Ride Later and is only valid on 19th-20th July between 12pm-10pm. Karachi, Lahore, and Islamabad are the cities where this service can be availed.

SPEEDCAST PARTNERS WITH SUPERNET AND COMTECH

JazzCash Enter into a Strategic Partnership with Karandaaz