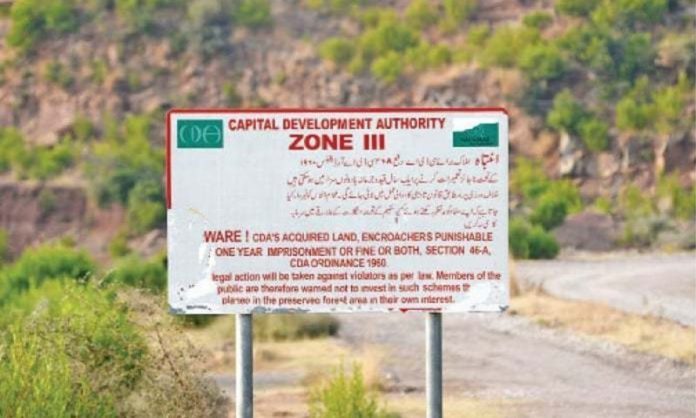 Islamabad Capital Territory (ICT) administration and Capital development Authority (CDA) conducted an operation on Murree road and Club road and demolished number of buildings which are found to violate the CDA laws and building regulations. The unauthorized use of land and encroachment on CDA land were picked and later destroyed by the administration.

There were a number of hotels, motels and hostels which were raised illegally on both sides Murree road, that came into CDA’s cross hairs and destroyed.

Other departments including Building Control Directorate, Enforcement Directorate, officers of ICT Administration, Islamabad Police and other concerned formations also took part in the operation. MPO’s heavy machinery were called to level the buildings.

Eelier, the current government launched a grand operation in 2018 when it took charge in August and demolished all illegal structures on both sides of Kashmir Highway in Islamabad.

The illegal construction and encroachment scourge has spread in the twin cities with the multifold increase in population. The invaluable land of CDA was always been the victim of illegal hotels, marquees and even mosques in past years. Federal government is revising Islamabad Master Plan after 60’s to incorporate the newly spawned metropolitan issues of the city.

Body worn cameras to be introduced by Islamabad Police

Body worn cameras to be introduced by Islamabad Police